India's exports contracted 13.6 percent in January - 14th month in a row - to USD 21 billion due to a steep fall in shipment of petroleum products and engineering goods amid tepid global demand. 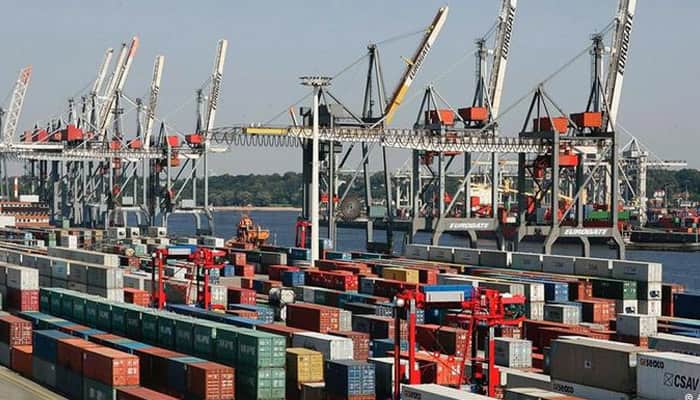 New Delhi: Exports dipped for the 14th month in a row, down 13.6 percent in January to USD 21 billion due to fall in shipments of petroleum and engineering goods, although trade deficit showed improvement.

The deficit would have been lower if gold imports hadn't shot up 85.16 percent last month to USD 2.91 billion.

Overseas shipments of petroleum products shrank 35.18 percent to USD 1.95 billion in January, while that of engineering goods declined by 27.6 percent to 4.98 million.

Federation of Indian Export Organisations (FIEO) said that going by the trend, "we may end up the fiscal with around USD 260 billion".

"Problem of transfer of shipping bill, delay in release of duty drawback and interest subsidy has seriously affected the liquidity of exporters," it said in a statement.

Co-Chairman - CII National Committee on International Trade Policy and Exports Sanjay Budhia said that duty drawback rates should be restored to their original level to compensate for all taxes, duties to boost exports.

"The decline in manufacturing growth and more particularly double digit decline in capital growth manufacturing should be viewed seriously as the same with decline in imports of key raw material does not augur well for future exports as well," FIEO said.