The Himalyan countries, including India, are likely to face an unprecedented food crisis unless they strengthen regional collaboration for the development of inclusive climate resilience in the region, experts have warned. 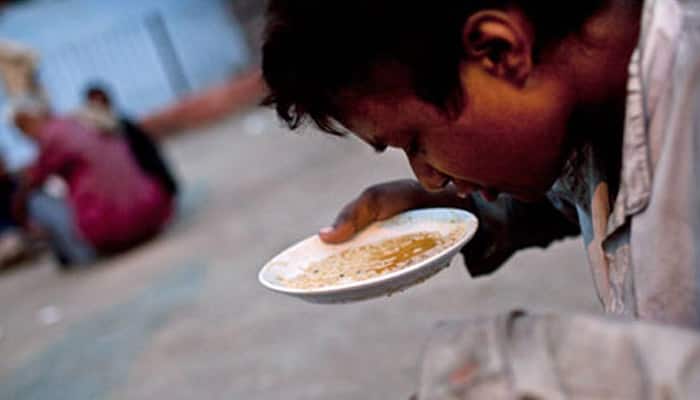 New Delhi: The Himalyan countries, including India, are likely to face an unprecedented food crisis unless they strengthen regional collaboration for the development of inclusive climate resilience in the region, experts have warned.

The collaboration needs to be strengthened to address the food, water and energy issues in the Himalyan region, they say.

"We need to work hard to make sure that mountain issues and their downstream linkages are well reflected in regional and global discussions. We need new knowledge in this area to guide us in the development of effective adaptation strategies in the region," said David Molden, Director General of International Centre for Integrated Mountain Development (ICIMOD), based in Kathmandu.

He was speaking at the 'Knowledge Forum on Climate Resilient Development in Himalayan and Downstream Re ..

He was speaking at the 'Knowledge Forum on Climate Resilient Development in Himalayan and Downstream Regions' in New Delhi, which concluded on Sunday.

The event was jointly organised by the Ministry of Agriculture and Farmers Welfare, ICIMOD, and New Delhi-based Institute of Economic Growth (IEG).

The event brought together policy-makers, scientists and development practitioners from the Himalayan and downstream countries, including Bangladesh, China, India and Nepal.

The challenge to food, water and energy security is immense in Himalyan region countries as more than 40 percent of the world's poor live there and about 51 per cent of their population is food-energy deficient.

"Feeding more than 700 million people in the Himalyan region, about two-thirds of the world population, is something we need to think about very seriously," ICIMOD's livelihood expert Golam Rasul said.

"Climate change is not uniform in the region and might be very diverse and the impact is more on low-income areas of all nations," Panda said.

"Hill people have managed their resources in micro-watershed for centuries despite absence of appropriate administrative units in watersheds. We must communicate knowledge of the mountains and hills to downstream region," Indian Institute of Public Administration Director Tishyarakshit Chatterjee said.

Qazi Kholiquzzaman Ahmad, a leading economist of Bangladesh, said the region needs to build social capital institutionally and individually at the local, regional and national levels.

"We need equity and equitable development that lets all men, women and children benefit equally," he said.

Australia's High Commissioner to India Harinder Sidhu said her country is ready to share its experience and expertise in three Himalayan river basins of the Ganga, Indus and Brahmaputra to address the issue.

Molden said he hoped that the region will one day have its own 'Himalayan Council', like the Arctic Council, a notion echoed by Ahmad and Ministry of Environment, Forests and Climate Change Secretary Ajay Narayan Jha.