The fire broke out on the fifth floor of the 11-storey Pandit Deendayal Antyodaya Bhawan that houses the office of the Department of Empowerment of Persons with Disabilities and other important government offices. 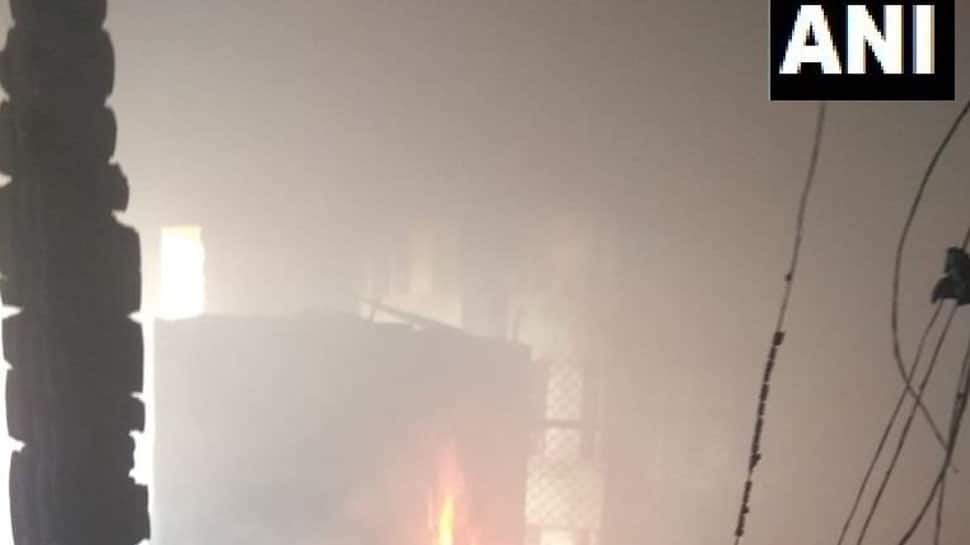 New Delhi: A fire broke out Wednesday at the office of the Ministry of Social Justice in South Delhi's CGO complex, causing the death of a CISF sub-inspector and sparking fears that several important files and documents may have been destroyed.

The fire broke out on the fifth floor of the 11-storey Pandit Deendayal Antyodaya Bhawan that houses the office of the Department of Empowerment of Persons with Disabilities and other important government offices.

CISF Sub-Inspector M P Godara had fallen unconscious after inhaling toxic gases when he went to take stock of the situation. He was taken to AIIMS, where he died, officials said. According to a ministry official, 80 per cent of the entire B1 wing has been gutted and several files and documents have been destroyed.

"However, at this moment, it cannot be said that how much has been the damage but surely several files and documents may have been destroyed in the fire. We are not allowed to enter inside as it is sealed. An assessment can only be done once we go inside and check," the official said.

The fire department got a call regarding the blaze at 8:34 am. Twenty-five tenders were rushed to the spot, the Delhi Fire Service Department officials said. The flames have been contained and the cooling process is underway, Chief Fire Officer Atul Garg said, adding that the cause of the blaze is yet to be ascertained.

Offices of the Drinking Water and Sanitation Ministry, Forest Ministry and a branch of the Indian Air Force are located in the Pandit Deendayal Antyodaya Bhawan, previously known as Paryavaran Bhawan.

Man dies after being struck by train in east Delhi