The case relates to a hotel group in Jaisalmer which took a loan of Rs 24 crore from SBI in 2008. 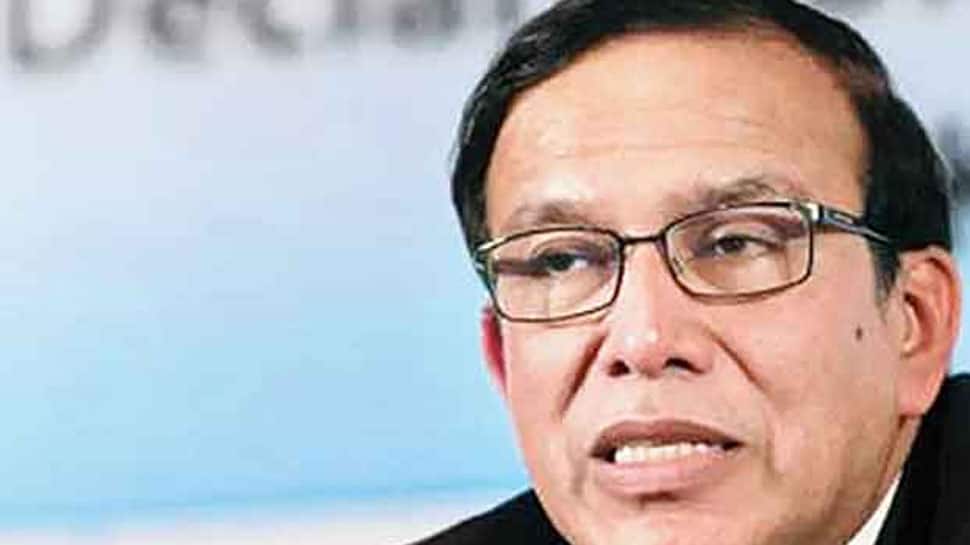 Jaipur: The Chief Judicial Magistrate of Jaisalmer Court on Monday rejected the bail application of former SBI chairman Pratip Chaudhury, arrested in the Jaisalmer hotel loan fraud case, and sent him to judicial custody till November 15.

The former SBI chairman will now have to spend his Diwali behind bars, said sources.

He will be in judicial custody for 15 days till November 15, they added.

Pratip Chaudhury was arrested from Delhi on Sunday and brought to Jaisalmer on Monday.

After that he was produced in the court of Chief Judicial Magistrate, his lawyer moved the bail application, but CJM Hanuman Sahai Jat after hearing rejected the bail application of Pratip Chaudhury and ordered to send him to judicial custody till November 15, following which he was was taken to jail.

The case relates to a hotel group in Jaisalmer which took a loan of Rs 24 crore from SBI in 2008. When the hotel group did not pay full instalments of the loan, the bank allegedly went against the RBI rules and declared it NPA after confiscating the property. It is alleged that later the property was also sold in a wrong manner. At present, the value of this property is being said to be around Rs 200 crore.

The SBI in a statement said that all the facts of the case were not presented before the court properly and SBI was not made a party to the case.

"'Garh Rajwada' was a hotel project in Jaisalmer, financed by the Bank in 2007. The project remained incomplete for over 3 years and the key promoter passed away in April 2010. The account slipped into NPA in June 2010. Various steps taken by the Bank for completion of the project as well as recovery of dues didn't yield desired results. Hence as part of Bank's recovery efforts, the dues were assigned to an ARC for recovery in March 2014. This sale to ARC by the Bank was done through a laid down process as per the policy of the Bank. "We further understand that the borrower was subjected to IBC process by the said ARC and the asset has been acquired by an NBFC in December 2017, again through due process under the orders of NCLT, Delhi," the statement said.

"As recovery efforts failed, approvals for sale to ARC were taken in Jan 2014, the assignment to ARC was completed in March 2014. It transpires now that the borrower had initially filed an FIR with the State Police against the sale of asset to ARC. Aggrieved against the negative closure report filed by Police authorities, the borrower had filed a 'Protest petition' before the Hon'ble CJM Court. Incidentally SBI was not made a party to this case. All the directors of that ARC including Chaudhuri, who joined their Board in October 2014, have been named in the said case. Incidentally, Chaudhuri retired from Bank's service in September 2013.

"It appears from the copies of the proceedings now accessed by us that the Hon'ble Court does not appear to have been briefed correctly on the sequence of events. In as much as SBI was not a party to this case, there was no occasion for the views of SBI being heard as part of this proceedings. SBI would like to reiterate that all due process were followed while making the said sale to ARC. The Bank has already offered its cooperation to the Law Enforcement and Judicial authorities and will provide further information, if any that may be called for from their side," the SBI statement added further.