What is PNB scam? How it fell victim to India's biggest loan fraud

Here is an explainer on the PNB fraud and its implications for other lenders and India`s banking sector. 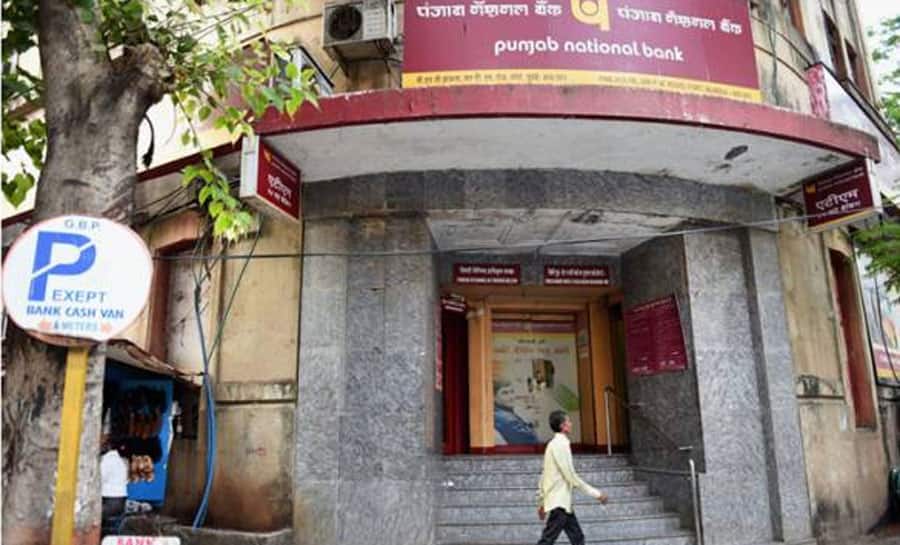 Mumbai: Punjab National Bank, India`s second-biggest state-run lender, stunned the country`s financial sector this month when it announced it had discovered an alleged fraud worth $1.8 billion at a single branch in Mumbai.

The fraud, by far the biggest ever detected by an Indian bank, comes to light at a time when lenders - especially state-run banks - are hobbled by $147 billion in soured loans on their books, a problem that has slowed lending and hurt the economy.

The following is an explainer on the PNB fraud and its implications for other lenders and India`s banking sector:

WHAT IS THE FRAUD ALLEGATION ABOUT?

On January 29, PNB filed a criminal complaint with India`s federal investigative agency against three companies and four people, including billionaire jeweller Nirav Modi and his uncle Mehul Choksi, the managing director of Gitanjali Gems, saying they had defrauded PNB and caused a loss of 2.8 billion rupees ($43 million).

In a regulatory filing on February 14, the bank updated the sum involved in the fraud to 113.94 billion rupees ($1.77 billion), which it said was determined after further investigation.

The bank alleges that two junior employees at its Brady House branch in Mumbai colluded with companies belonging to Modi and Choksi, and issued fraudulent "letters of undertaking", or LoUs, without asking for any margin money as security, even though the firms did not have any pre-approved credit limit.

The firms, PNB says, raised short-term credit from overseas branches of other Indian banks based on these LoUs, and in some instances fraudulent foreign letters of credit (FLCs) in favour of foreign suppliers.

HOW DID THE FRAUD COME TO LIGHT?

PNB says that on January 16 a representative of one of the accused firms presented a set of import documents to the Mumbai branch and requested buyers` credit to pay overseas suppliers. Since they had no pre-arranged credit limit, the branch official asked the companies to put down the full amount as collateral so the bank could issue LoUs to authorise the credit.

When the representative argued they had used such facilities in the past without keeping any money as collateral, PNB scanned its records and found no trace of any transactions, according to the bank`s account.

It then found that two junior employees had issued LOUs over the SWIFT interbank messaging system without entering any of these transactions on the bank`s own system. Such transactions went on for years without detection, PNB said.

Bankers say in many Indian banks the SWIFT system, which is used for international transactions, and the core banking system work independently of each other. In PNB`s case, it said the outstanding LoUs were not available on its core banking system run on Infosys`s Finacle software, and so went undetected.

WHO ARE THE PEOPLE AND COMPANIES ACCUSED OF INVOLVEMENT?

PNB accused three companies - Solar Exports, Stellar Diamonds and Diamond R US - it said belonged to Modi, a high-end jeweller who runs his eponymous Nirav Modi stores spread from New York to Beijing. Modi was worth $1.7 billion last year, according to Forbes rankings.

Modi`s companies colluded with the bank staff, PNB said, adding that it suspected some officials at foreign branches of other Indian banks that extended credit were also involved.

A lawyer for Modi has denied any wrongdoing by his client. Modi himself has not commented publicly, but wrote to PNB in a letter, that his firms owed "substantially less" than the total exposure reported by the bank.

Gitanjali has also denied Choksi`s involvement in the fraud. Choksi, in an open letter to employees on Friday, maintained his innocence and advised them to look for other jobs, as his assets had been seized and he was unable to pay salaries.

WHAT ARE THE AUTHORITIES DOING?

The Central Bureau of Investigation (CBI) has so far arrested 12 people - six from the bank and six from Modi and Choksi`s companies. All have appeared in court and been held in custody for further questioning.

The Enforcement Directorate, a government agency responsible for fighting financial crime, says it has seized diamonds and jewellery worth 56.74 billion rupees ($875 million) after searching Nirav Modi`s home and offices. It has also seized nine of his luxury cars including a Rolls-Royce Ghost.

The Reserve Bank of India this week wrote to banks asking them to ensure their SWIFT system was integrated with their main banking software by April 30.

The finance ministry has also written to banks telling them to take effective steps to avoid any similar fraud.

The government has said it will not spare wrongdoers in the PNB case.

WHO ASSUMES THE LIABILITY?

PNB has said the transactions are "contingent" in nature and it is ready to honour "bona fide" commitments. Reacting to media reports, it said on Friday it had received no instruction from the RBI or the government to pay the other banks who gave loans based on the fraudulent guarantees.

Several banks that extended loans based on the PNB guarantees and are at risk of losing money want PNB to pay up, according to banking sources.

In a February 12 "caution notice" addressed to chief executives of 30 banks, PNB said the other banks also have a share in the blame as they "overlooked" certain Indian central bank rules.

PNB has said it is following all "lawful avenues available" to recover its dues and it has asked Modi to respond with a "concrete and implementable" repayment plan.

PNB scam may be bigger; bank says it could rise to more than Rs 12,700 crore