The hosts seemed rusty against a team coming off a historic tour of Australia and know beating an in-form India will be a steep climb at the Bay Oval. 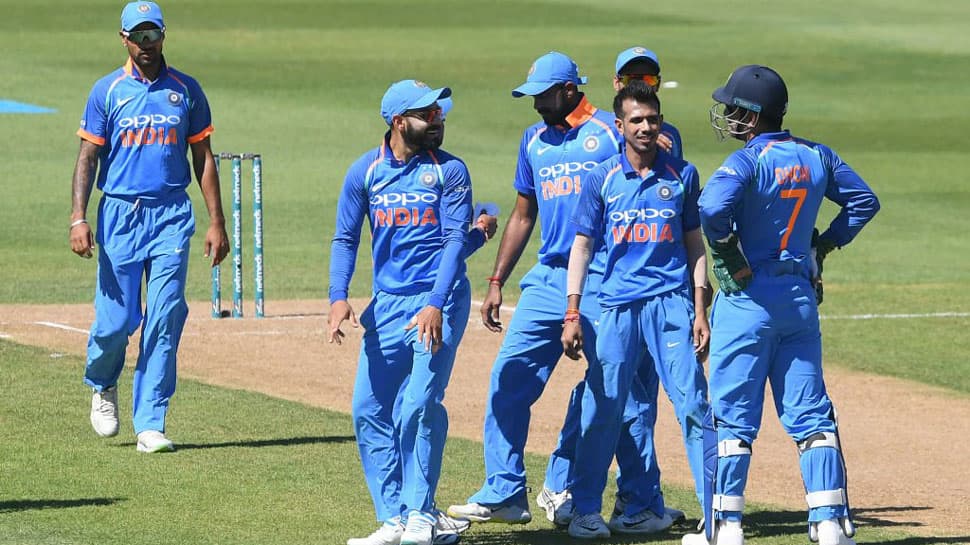 After a near perfect beginning, India would look to tighten the noose around a struggling New Zealand with a barrage of spin in the second ODI on Saturday.

The Kiwi batsmen looked all at sea against India's spin duo of Kuldeep Yadav and Yuzvendra Chahal in their own backyard, following a fiery spell from pacer Mohammad Shami in the opening ODI on Wednesday.

The hosts seemed rusty against a team coming off a historic tour of Australia and know beating an in-form India will be a steep climb at the Bay Oval.

Before the sun stopped play for more than 30 minutes in the series-opener, the Indian bowlers made merry with Kuldeep and Chahal sharing six wickets.Both the wrist-spinners hunt in a pack and would be itching to have another go at the Black Caps.

India are yet to finalise their middle-order ahead of the World Cup but are unlikely to tinker much with the playing eleven after just one game.

Hardik Pandya has left to join the squad in New Zealand after the Committee of Administrators (CoA) revoked the interim suspension on him and K L Rahul but most likely, he will be available only from the third ODI onwards.

The team management played pace all-rounder Vijay Shankar at McClean Park but depending on the conditions, it might opt to bring back Ravindra Jadeja. Ambati Rayudu, who scored an unbeaten 13 off 23 on Wednesday, is expected to get another opportunity following a not so productive run in the ODIs against Australia.

For India, the biggest plus to come out of the first ODI was Shikhar Dhawan regaining some form with the bat following a lean run Down Under. The southpaw scored an unbeaten 75 in the team's comprehensive win and in the circumstances, it was a crucial knock.

"It was a very important innings for Dhawan. We spoke about how he needed to finish games for India, to keep his confidence and if he's in that mindset, he can be a great asset," said skipper Virat Kohli after the eight-wicket win.

More changes can be expected in the eleven after Kohli takes a break following the third ODI on January 28, creating an opening for the likes of Shubman Gill to make their India debut. New Zealand won the previous home series against India 4-0 but could be heading towards a reverse if they don't up their game.

"We were severely outplayed the other day," said pacer Trent Boult on Friday.

"The batsmen are looking to right a few wrongs, come out and set a good platform and obviously put a good target on the board and see what happens from there," he added.

It seemed like captain Kane Williamson was batting on another surface as the batsmen struggled at the other end.

Competition within Indian team getting stiffer: Shikhar Dhawan, ahead of 2nd ODI against New Zealand