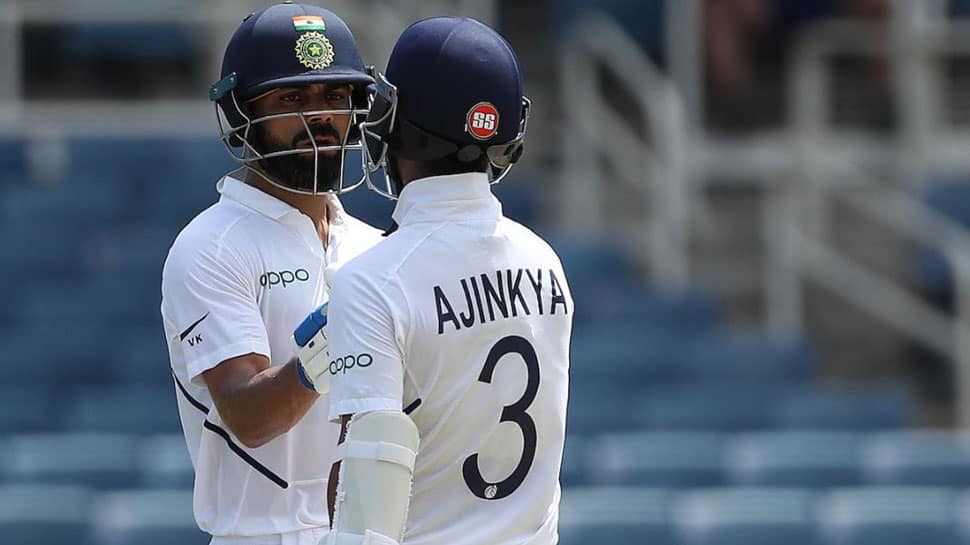 India captain Virat Kohli inched closer to a half-century as India reached 140/3 after 53 overs in the second session on Day 1 of the second Test on Friday.

Kohli was batting on 45 while his deputy Ajinkya Rahane was on 10 at the time of the release of this update, with less than half an hour to go for tea.

Holder was the pick of the bowlers for the Windies with two wickets while off-spinning all-rounder Cornwall picked up his first Test wicket on debut.

India lost opener KL Rahul (13) early as Holder bowled a peach of a delivery to have him caught by Cornwall at first slip. It was a wicket-maiden and the all-rounder followed it up with a brilliant opening spell, bowling a tight off-stump line and causing Agarwal and Cheteshwar Pujara all sorts of trouble.

Cornwall, who is 6'6" tall and weighs around 140 kg, was soon asked to bowl and the 26-year-old did not take much time to bag his first Test wicket.

Pujara (6), who did not get many runs in the first Test, cut a short of a length delivery straight to Shamarh Brooks at point.

India were unchanged from the first Test.