Australia will head into the T20I series against India from February 24 at ACA-VDCA Cricket Stadium in Visakhapatnam. 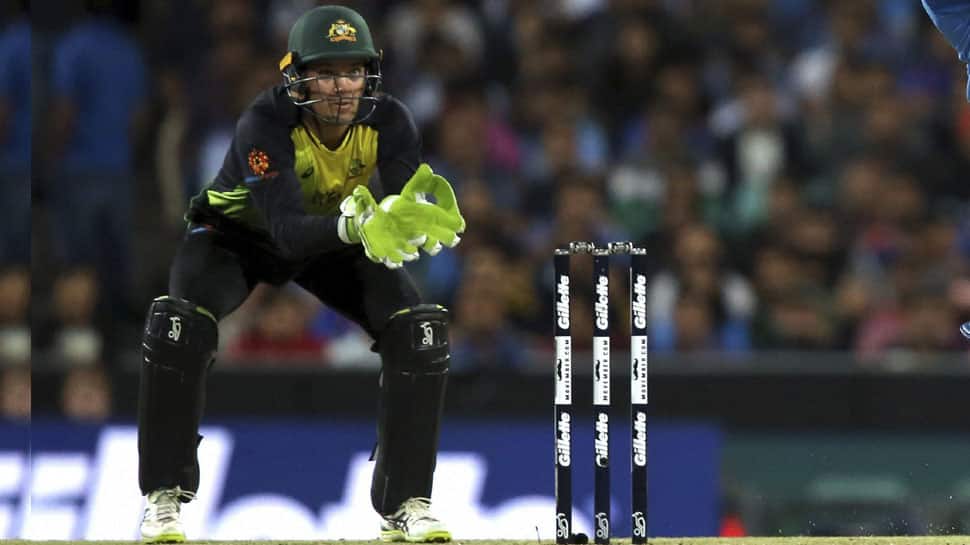 Australian wicketkeeper-batsman Alex Carey believes his side will have an advantage over India in the upcoming two-match Twenty20I series, given the fact that the recently-concluded Big Bash League (BBL) has set the Aussies in T20 mode.

Out of 15 players in the Australian T20I squad, nine of them have featured in at least 11 games in the eighth edition of the BBL while the remaining have played at least one match in the tournament.

And wicketkeeper-batsman Carey expressed confidence that the recent T20 experience would help the Australians to match India at their home turf, where they have managed to clinch just one victory out of the last five games in the shortest format of the game.

"The guys have had their Big Bash campaign just finished and they're in T20 mode so we'll hit the two T20s and then get stuck into the five one-dayers," cricket.com.au quoted Carey as saying.

"The confidence is up for all the players and we're really excited now to get playing, get stuck into the Indians," he added.

Though Australia and India are much focused on the 50-over format with the 2019 ICC World Cup all set to take place from May in England and Wales, Carey said that his side would also treat big T20I games very seriously leading into the World Cup on home soil in 2020.

"I think the guys coming off the Big Bash have played a lot of T20 cricket and I think we'll treat these as some pretty big games of T20 cricket leading into the World Cup next year in Australia," Carey said.

"Any opportunity we get to play T20 it's T20 mode, which hopefully will start off our tour really well. (It's) some exciting cricket, go out there and play fearless and have some freedom and get stuck in to these guys," he signed off.

Australia will head into the T20I series against India from February 24 at ACA-VDCA Cricket Stadium in Visakhapatnam.

Leave it to govt to decide on India-Pakistan World Cup match: Kapil Dev