For someone contemplating retirement earlier this year after multiple operations on a broken finger, Australia's surprise Ashes selection Tim Paine is visiting his parents to retrieve the old baggy green cap he thought he may never don again. 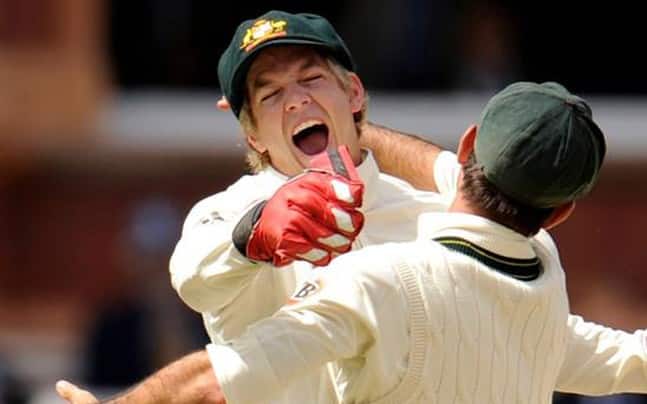 Melbourne: For someone contemplating retirement earlier this year after multiple operations on a broken finger, Australia's surprise Ashes selection Tim Paine is visiting his parents to retrieve the old baggy green cap he thought he may never don again.

The 32-year-old wicketkeeper, who played the last of his four tests in October 2010, was included in a 13-man squad for the opening two tests against England, replacing out-of-form state teammate Matthew Wade and denying Peter Nevill a spot.

"I do have to dust it off," Paine told reporters at Hobart airport when asked about the whereabouts of the Australia test cap. "It's at mum and dad's, so I have to go and get it at some stage today and make sure I pack it for tomorrow's flight.

"Seven years ago I was playing test and one-day cricket and I always sort of dreamt - it probably was a bit of a dream, to be honest - that I could get back there...

"It's now back in my hands which is a great thing and I can hopefully have - who knows, it's my opportunity to make the most of it."

The Tasmanian keeper broke his right index finger in 2010, underwent multiple surgeries to fix the troublesome injury and pondered quitting before earning a recall to the national side in February for a home Twenty20 series against Sri Lanka.

Paine has been behind Wade as the first-choice glovesman for Tasmania but was included in Steve Smith's side after scoring a half-century against England and keeping for the Cricket Australia XI in the tour match in Adelaide.

Playing as a frontline batsman, he also scored an unbeaten 71 against Victoria in the Sheffield Shield this week.

"It's been a hard road to get back here and I'm extremely proud of the way I've gone about things in the last five-six years," Paine said.

"I feel like I'm probably more ready now than I was when I played (before), certainly more mature. I know my game a bit better.

"I've been lucky enough to be around an international cricket team before so I know what to expect so I feel like I'm in a good place for it."

Paine is 'absolutely pumped' having been given a second chance in the longest format and cannot wait to walk out at the Gabba when the first Ashes test starts against England in Brisbane on Thursday.

"I feel I'm ready and can't wait to get out there and make the most of it," he said. "I was in the last Twenty20 side for Australia so it's not as if I haven't been wicketkeeping.

"I keep every day so I'm ready as I've ever been with the gloves and I'm just rapt to have the opportunity and I plan on making the most of it."