Australia outplayed us in all departments, admits Virat Kohli

Man-of-the-match Maxwell was delighted with his performance and said it was a "special" feeling for him. 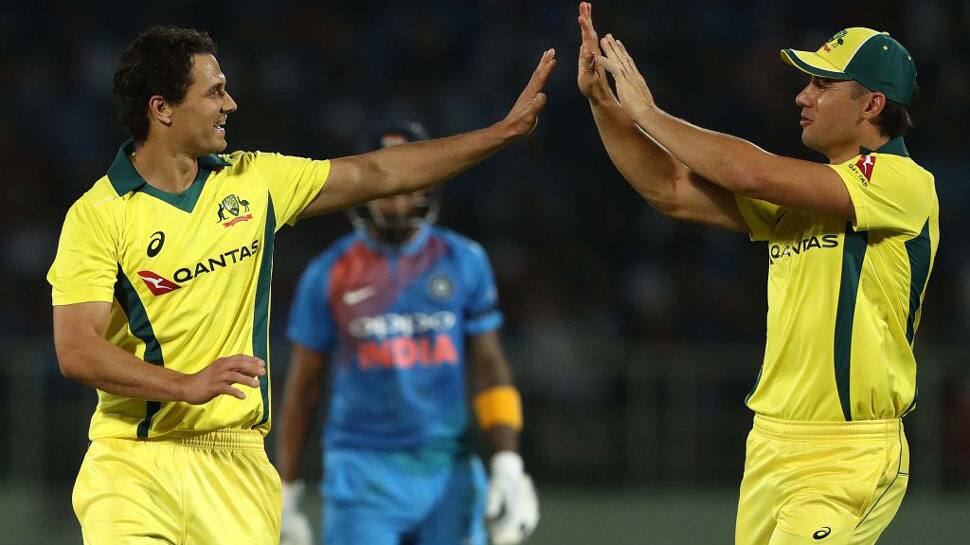 Indian skipper Virat Kohli on Wednesday said that Australia had completely "outplayed" the hosts in the two-match T20 series and especially praised Glenn Maxwell for his marauding match-winning knock.

Maxwell fired Australia to their maiden T20I series win over India with a sensational hundred, overshadowing Indian skipper Kohli's (72 off 38) deliveries. Maxwell (113 not out off 55 balls) went on a rampage, smashing as many as nine sixes on his way to a third century in the shortest format.

He took the game away from India, who should have defended 190 for four after Kohli and Mahendra Singh Dhoni shared a 100-run stand for the fourth wicket.

"It was a pretty short series to summarise the performances. Australia outplayed us in all departments and deserved to win. 190 is a good total on most grounds but if there is so much dew as there was tonight and when you have an innings like what Glenn Maxwell played, nothing much you can do," Kohli said at the post-match press conference.

Defending his bowlers for failing to restrict Australia, Kohli said that dew played a vital role in the second innings.

"Every team is looking to take each game like that but it's also important to win matches. We would have liked to get across the line in at least this game but I can't be too hard on the bowlers due to the amount of dew," he said.

Kohli also hinted that he would continue to experiment with his playing XI keeping in mind the upcoming ICC World Cup.

"We wanted to give everyone some game time, we've seen how they react under pressure, there is a series coming up and we'll try more things. It's up to them to deliver the goods," he said.

Australia captain Aaron Finch said it was "special" to win an away series against India.

"Anytime that you can win any kind of series against India in India is truly special," he said.

He had special words for Maxwell for his contribution with the bat on Wednesday but also praised Adam Zampa for his efforts with the ball.

"Glenn Maxwell was truly sensational tonight but I thought Adam Zampa was the difference between the two sides. To go for just 23 runs on that kind of a wicket was really remarkable," he said.

"We've been on a journey for the last 10-11 months building up to the World Cup and there has been some pain during the journey. We've done well to take the blows but also have made some progress, hoping to peak at the right time for the World Cup."

Man-of-the-match Maxwell was delighted with his performance and said it was a "special" feeling for him.

"It feels really good. We haven't had a lot of success here of late. To come over here and perform like we have has started it off well for us on this tour. Having confidence in my game also has helped a lot and it feels great to contribute to two special wins," he said.