Axar Patel picked up his fifth five-wicket in Test cricket. What is to be underlined is that all his five-wicket hauls have come in year 2021. He also reached 32 wickets tally in four Test matches. 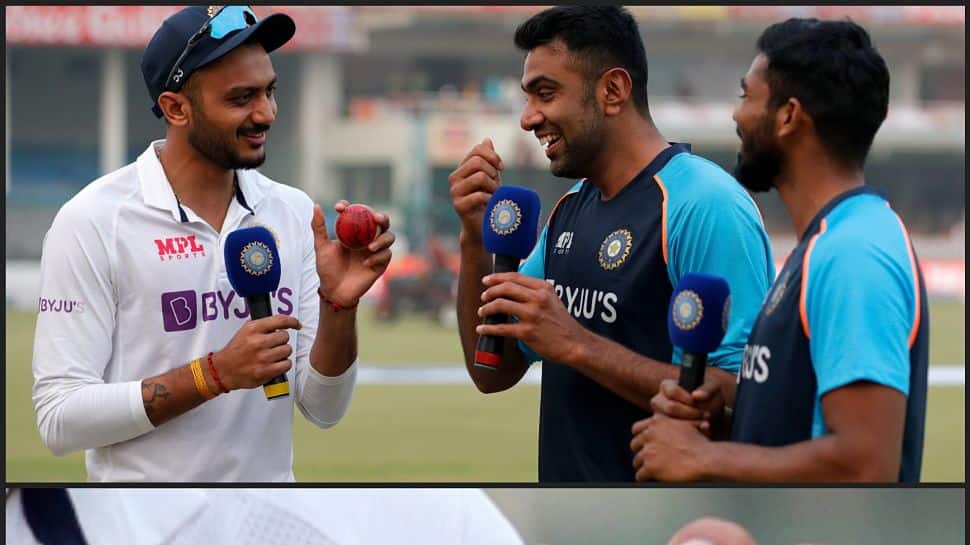 Axar Patel picked up his fifth five-wicket in Test cricket. What is to be underlined is that all his five-wicket hauls have come in year 2021. He also reached 32 wickets tally in four Test matches.

As the tradition is, the bowler who gets a fifer, keeps the ball and usually he or she also signs the ball with the date.

Axar did the same. Although former India batter Wasim Jaffer pointed out a mistake. He told Axar via Twitter that he had written the date wrong on the cricket ball.

Jaffer posted the picture of Axar holding the ball and wrote: "The only mistake Axar Patel made today was putting wrong date on the match ball. 27th November hai bapu."

Axar however clarified quickly that it was not him who made that error but his close friend and India teammate Suryakumar Yadav.

Axar replied to Wasim on Twitter: "It wasn't me...@surya_14kumar wrote this!"

India fought back strongly on Day 3 of the first Test against New Zealand. India could not pick a wicket on Day 2 but led by Axar Patel the hosts were able to bounce back and bowl New Zealand out for 296.

At the end of Day 3, Cheteshwar Pujara and Mayank Agarwal at the crease with India leading by 63 runs in the second innings.