In Rohit's absence, the in-form KL Rahul will be Virat Kohli's deputy in the white ball teams and is also back in the Test squad after a considerable period of time. 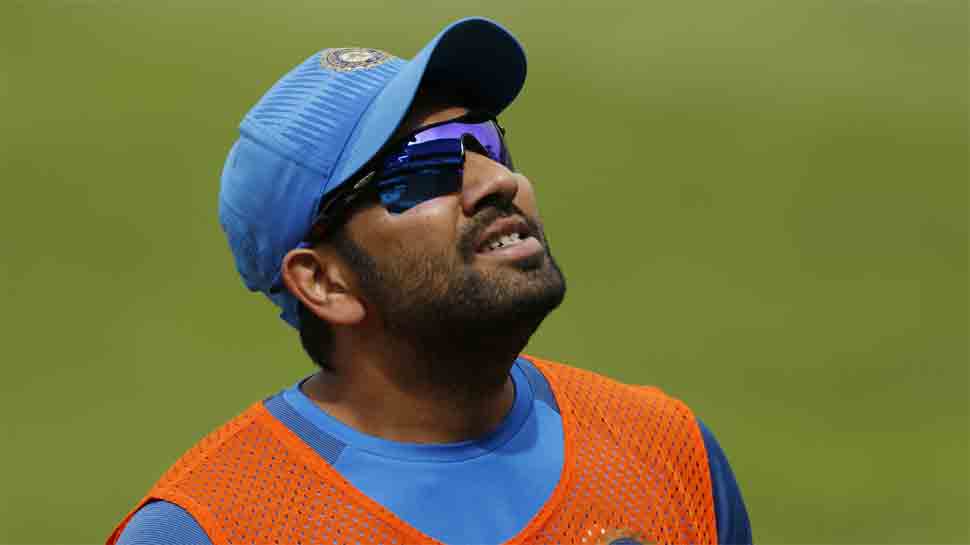 NEW DELHI: India's limited-over vice-captain and senior opener Rohit Sharma was on Monday left out of all three squads for the tour of Australia due to a recurring hamstring injury but there remains an outside chance of him playing for Mumbai Indians in a week's time.

In Rohit's absence, the in-form KL Rahul will be Virat Kohli's deputy in the white ball teams and is also back in the Test squad after a considerable period of time. Wicketkeeper-batsman Rishabh Pant failed to make the cut for the limited overs even though he retained his place in the Test squad.

Rahul is in both T20 and ODI squads while Sanju Samson, who is also having a fine IPL for Rajasthan Royals (326 runs in 12 matches), is the wicket-keeper in the T20 team.

Meanwhile, ace leg-spinner Varun Chakravarthy's good performance in the ongoing IPL was rewarded as he was picked up by selectors as the lone new face in the Indian T20 squad for the upcoming tour of Australia. Chakravarthy, 29 and a professional architect, has so far bagged 12 wickets, including a five-wicket haul, in 10 IPL games for Kolkata Knight Riders, and impressed one and all.

The selectors picked a total of 28 players for the three squads, out of which seven find place in all three squads. They are Virat Kohli, who was named captain across formats, Mayank Agarwal, Rahul, Ravindra Jadeja, Jasprit Bumrah, Mohammed Shami, and Navdeep Saini.

The tour of Australia comprises three T20 Internationals, as many ODIs and four Tests. It is set to get underway from November 27.