Bees swarm cricket match: Is this the best cricketing moment of 2017 – Video

It's not the first instance of bees attacking a cricket match, but such a bizarre moment was never captured live in such an excruciating manner before. 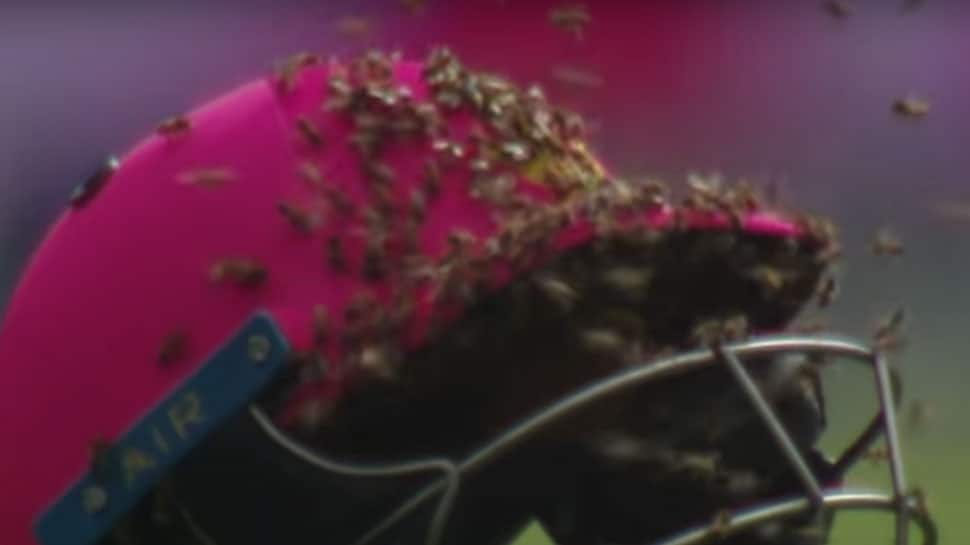 New Delhi: Another 'year-end' is almost upon us, and we have a look back at the some of the best cricketing moments of 2017. We have seen the rise and rise of Virat Kohli not only as world's leading batsman but as the captain of India, a country without which cricket will cease to exist.

Then there is Indian women's team, making all the way to the World Cup final. Indian Premier League (IPL) and other franchise-based leagues around the world continued to mint money, even as Pakistan welcomed the return of international cricket thanks.

But for sheer inexplicability, the best cricketing moment of 2017 will be the third ODI match between South Africa and Sri Lanka early this year, when a swarm of bees attacked the players. It's not the first instance of bees attacking a cricket match, but such a bizarre moment was never captured live in such an excruciating manner before.

On February 5, frightened cricketers were forced to stay low, face down on the ground at Johannesburg`s Wanderers Stadium. Ground staff even emptied two fire extinguishers while chasing away the bees, but it took some time to resume the play.