Bhuvneshwar was slated to feature for Sunrisers Hyderabad in the 2020 IPL, but the tournament was postponed indefinitely by the BCCI due to COVID-19. 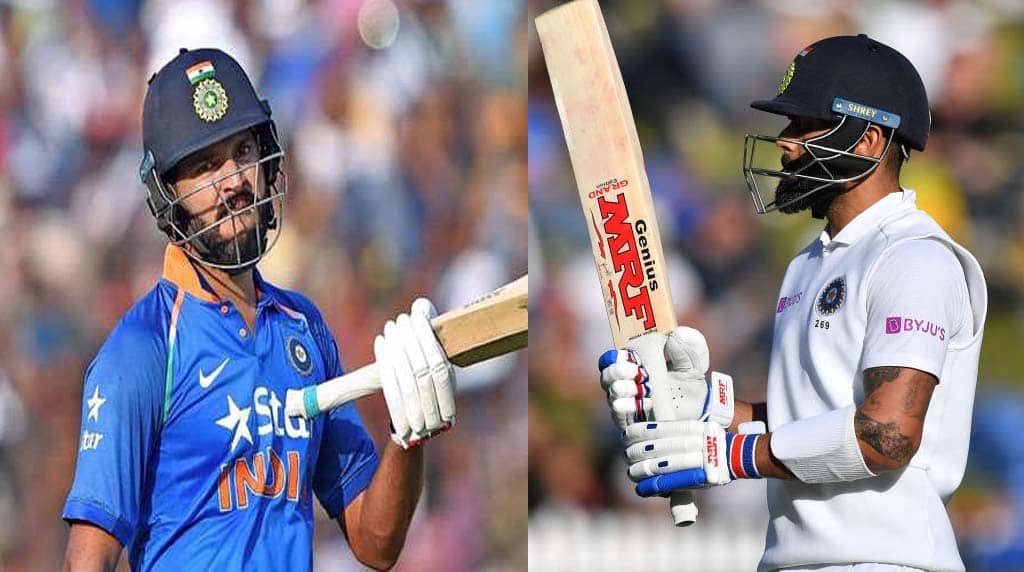 While international cricket across the world is yet to begin, Indian pace spearhead Bhuvneshwar Kumar has recently heaped praises on his skipper Virat Kohli and former all-rounder Yuvraj Singh.

The 30-year-old recently took to his official Instagram account and engaged in a Question and Answer Session with his fans.

During the session, one of the fans asked Bhuvneshwar to describe Kohli in one word.

Replying to the same, Bhuvneshwar described the Indian skipper as 'G.O.A.T' (Greatest of All Time)

Meanwhile, another user asked him to give one word to Yuvraj Singh.

To which, Bhuvneshwar replied, "Fighter and inspiration."

The Indian fast bowler was also asked to name his favourite sport other than cricket.

Bhuvneshwar revealed that he likes football and badminton.

When asked to choose between Real Madrid and Barcelona, Bhuvneshwar opted for the latter club.

Bhuvneshwar was slated to feature for Sunrisers Hyderabad in the 2020 edition of the Indian Premier League (IPL), which was slated to take place from March 24 to May 29. However, the lucrative T20 tournament was postponed indefinitely by the Board of Control for Cricket in India (BCCI) in April due to coronavirus pandemic.