An unlikely incident took place on the field when Jofra Archer’s bat broke on the fourth delivery of the 20th over. Now, an old tweet of Jofra Archer has once again gone viral after the incident. 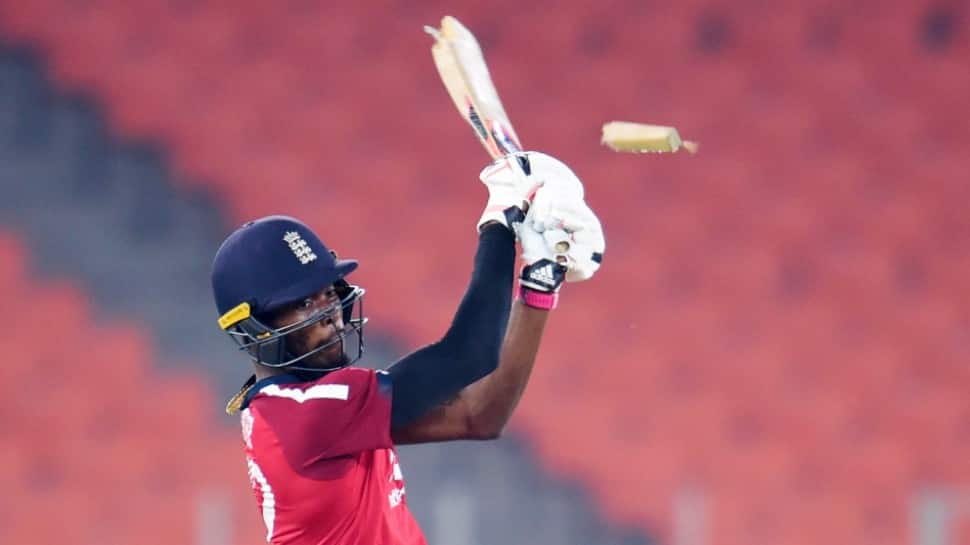 England paceman Jofra Archer has come to be known as a soft of ‘Nostradamus’ when it comes to his tweet. After picking up career-best T20I figures of 4/33 against India in the fourth T20 at the Narendra Modi Stadium in Ahmedabad, Archer broke his back en route to scoring a rollicking 18 off 8 balls.

India survived the Archer blast with the bat to win the fourth game by eight runs and level the five-match series at 2-2 with the final game on Saturday (March 20).

An unlikely incident took place on the field when Jofra Archer’s bat broke on the fourth delivery of the 20th over. Now, an old tweet of Jofra Archer has once again gone viral after the incident. He had once tweeted, “Any good bat repair people in the uk ?”

Any good bat repair people in the uk ?

The Indian openers had another flop show but debutant Suryakumar Yadav smashed his maiden international half-century and India posted a challenging total of 185/8 in their 20 overs.

The visitors had a dismal start in the second innings as Jos Buttler was dismissed early by Bhuvneshwar Kumar. Dawid Malan once again perished against spin as he was bowled out by leg-spinner Rahul Chahar. Ben Stokes and Jonny Bairstow stitched a great partnership in the middle but later, both were dismissed in the latter half of the second innings.

The English team had won the 1st and 3rd game of the series, but team India bounced back on both occasions and they now stand on equal footing in the series with the series decider set to take place in Ahmedabad on Saturday.

A three-match ODI series is all set to take place in Pune from March 23-28 at Pune behind closed doors as the COVID-19 tally in the state are on the rise.

India vs England: Rohit Sharma leads India to win with Virat Kohli off the field