The record of most deliveries faced by a visiting batsman was earlier held by England legend Herbert Sutcliffe, who batted 1,237 balls back in the 1928-29 Ashes. 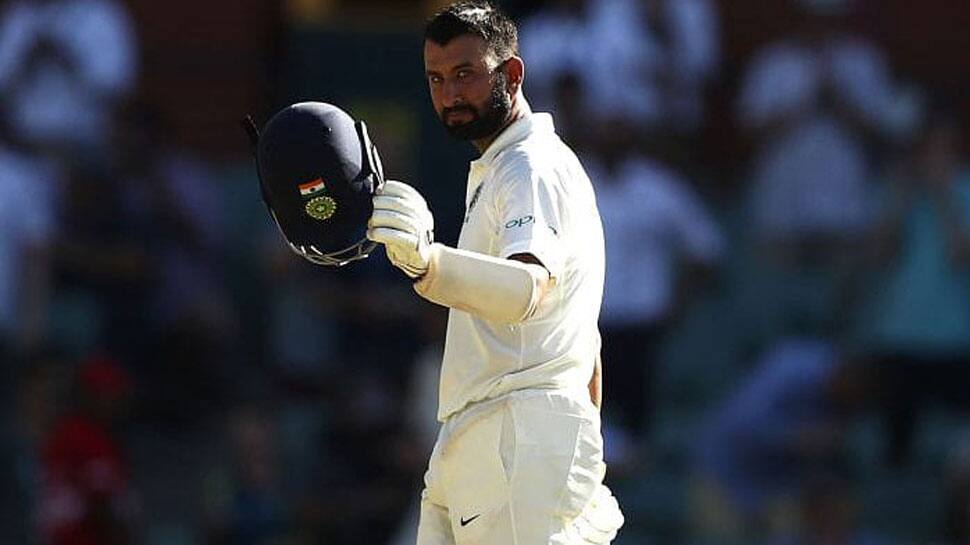 India's swashbuckling batsman Cheteshwar Pujara on Friday added yet another feather in his cap as he broke a 90-year-old record of most deliveries faced by a visiting cricketer in a Test series in Australia.

The 30-year-old achieved the feat during the second day of the series-deciding fourth and the final Test against the Tim Paine-led side when he faced 373 balls before eventually getting dismissed for 193 runs at the Sydney Cricket Ground (SCG).

Pujara batted for more than 1,257 deliveries in the ongoing series to also join the list of the Indian batsmen to have faced more than 1,000 deliveries . He has also surpassed Rahul Dravid's record of 1,203 balls faced in 2003-2004 runs.

The record of most deliveries faced by a visiting batsman was earlier held by England legend Herbert Sutcliffe, who batted 1,237 balls back in the 1928-29 Ashes.

Earlier, Pujara had also become the ninth Indian batsman to score 150 runs in an innings Down Under and only the second from the country to bring up a 150-run knock at number third spot in Australia.

Pujara, who missed out on double century by a whisker, had earlier notched up his 18th Test century and third ton of the ongoing series off 199 balls on the opening day of the final Test. He had finished the day on 130 not out.

Not only this, he also crossed the tally of 500 runs in the series to become only the third Indian after skipper Virat Kohli (692 runs) and Dravid (619 runs) to score 500-plus runs in a series against Australia.

Before being dismissed, Pujara's incredible knock had put India in a strong position and helped them cross a 400-plus score in their first innings in the fourth Test against Australia.