Composure shown by Washington Sundar has been outstanding: Virat Kohli

Sundar opened the bowling for India in both the T20Is and made sure he was able to give a good start to the Men in Blue with the ball. 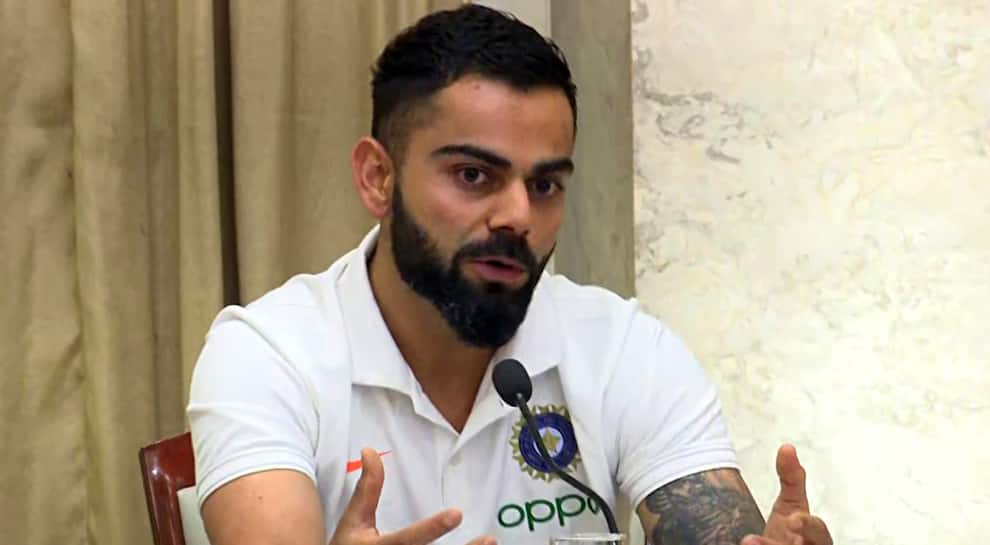 Following India's win in the second T20I against the West Indies, skipper Virat Kohli was all praise for young off-spinner Washington Sundar who has performed exceedingly well in the two matches.

Sundar opened the bowling for India in both the T20Is and made sure he was able to give a good start to the Men in Blue with the ball.

In the first T20I which India won by four wickets, Sundar had struck in the first over of the match. In the second T20I, however, he didn't pick any wicket in the first over but bowled six dot balls to Sunil Narine and conceded only one run courtesy a wide down the leg side.

Narine had no clue against Sundar who made sure he kept the West Indies opener guessing his length in the first over.

In his next over, the 19-year-old once again bowled two consecutive dot balls to Narine before he decided to up the ante and in the attempt, lost his stumps after failing to make contact.

The off-spinner gave away only 1 run in his first two overs to choke the West Indies chase of India's 168. He gave just 12 runs in his three overs as India won the match by 22 runs (DLS method) to take an unassailable 2-0 lead in the three-match series.

"Starting with the new ball, the way Sundar has bowled against guys who come hard at the ball, he's done a tremendous job. The composure he's shown has been outstanding," said Kohli after the second T20I on Sunday.

"He's become fitter, leaner and is very handy with the bat as well. He is definitely going to be a factor for us," he added.

Sundar has so far played one ODI and nine T20Is for India in which he has scalped 1 and 10 wickets, respectively.