India tour of South Africa is a major concern indicates Anurag Thakur, South Africa reportedly is the country where a new COVID-19 variant has emerged. 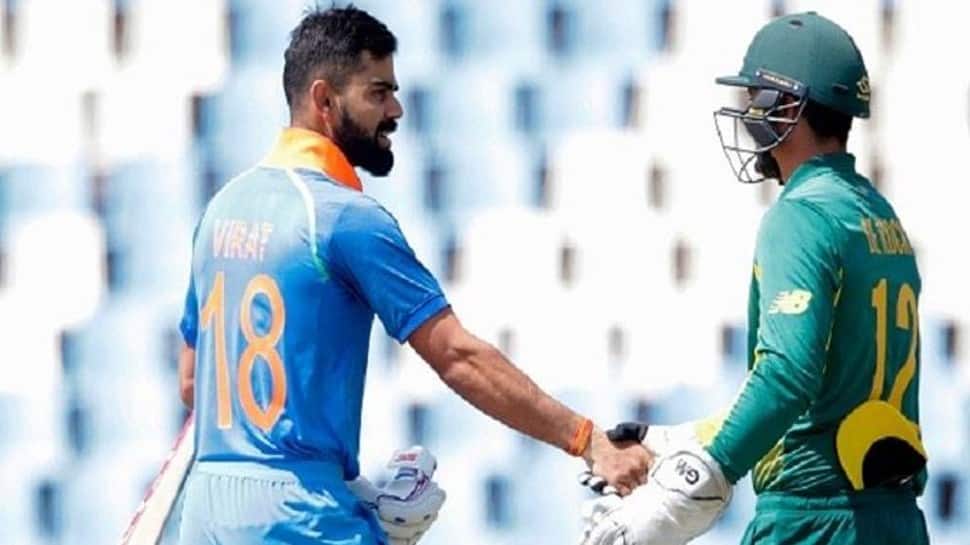 Anurag Thakur, the Union Minister for Youth Affairs and Sports on Saturday (November 27) said that the Board of Control for Cricket in India (BCCI) should consult the government before sending the cricket team to South Africa where a new COVID-19 variant has emerged.

The World Health Organisation on Friday (November 26) alarmed the siren among countries after a new variant of COVID-19 was classified in South Africa, the Swiss Federal Office of Public Health (FOPH) said in a statement."Not only BCCI, but every board should also consult the Indian government before sending the team to a country where a new COVID-19 variant has emerged. It is not right to send the team to a country where there is a threat, if BCCI consults us we will deliberate on that," Thakur told ANI here in Baghpat.

India is slated to tour South Africa next month for three Tests, three ODIs and four T20Is. The tour is slated to begin on December 17.

The World Health Organisation (WHO) on Saturday named the new COVID-19 variant B.1.1.529, which has been detected in South Africa, as 'Omicron'. This came after the WHO held a meeting to discuss the newly-identified COVID-19 variant.

"The recently discovered variant of coronavirus B.1.1.529 is of concern. It has more mutations than science knows about other alarming variants. The WHO has assessed this new variant as worrisome," the statement said.

This variant has been labelled as B.1.1.529 by scientists. WHO spokesperson Christian Lindmeier said after the meeting that early analysis shows that this variant has a large number of mutations that require and will undergo further study.

'There's no stopping Axar Patel': Fans in awe of left-arm spinner after he picks his fifth five-for