The Australian opener was named as the man of the match for his performance which helped the side post a total of 381 runs after skipper Aaron Finch opted to bat. 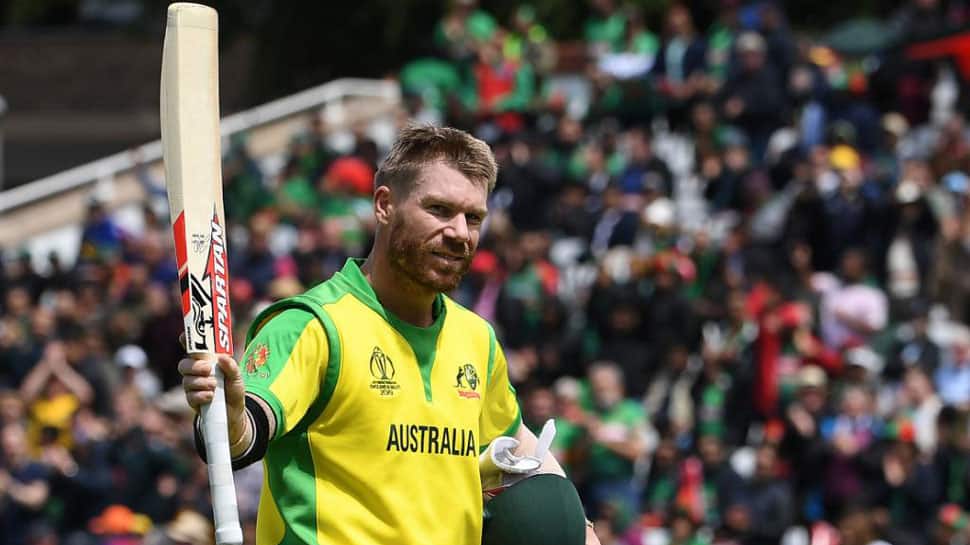 Opener David Warner helped Australia maintain their winning run in the ICC Cricket World Cup 2019 following a match-winning performance against Bangladesh in match 26 of the tournament at Trent Bridge, Nottingham on Thursday. Warner scored 166 runs off 147 deliveries in an innings comprising of fourteen boundaries and five sixes.

The Australian opener was named as the man of the match for his performance which helped the side post a total of 381 runs after skipper Aaron Finch opted to bat. During the course of his innings, Warner became the first batsman to register two 150-plus innings in the history of the Cricket World Cup.

Bangladesh attempted to make their presence felt in a tough chase with a fighting performance. Mushfiqur Rahim and Mahmudullah were the highest run-scorers scoring 102* and 69 respectively. However, they failed to get across the line scoring 333 runs for the loss of eight wickets in 50 overs.

David Warner has now completed his second ton following a return to international cricket after being suspended for a year for ball tampering, with 4863 runs in 111 ODIs so far.