After Sri Lanka posted 142/6 in their 20 overs, Warner led the Aussie chase once again with a 50-ball 57, his innings laced with four fours and a six. 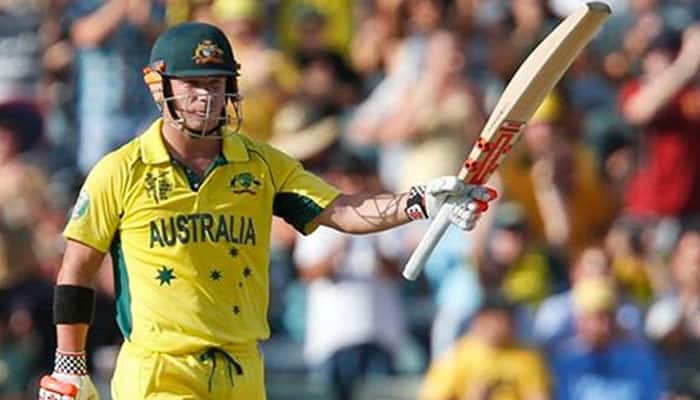 Melbourne: David Warner continued his excellent form with the bat by scoring an unbeaten 57 as Australia completed a 3-0 whitewash of Sri Lanka with a seven-wicket win in the third and final T20I here on Friday.

After Sri Lanka posted 142/6 in their 20 overs, Warner led the Aussie chase once again with a 50-ball 57, his innings laced with four fours and a six. The home team took the field without Glenn Maxwell who on Thursday took a break from cricket due to mental issues.

For Sri Lanka, Kusal Perera top-scored with a 57 as Mitchell Starc, Kane Richardson and Pat Cummins all grabbed two wickets each.

Warner started the series with a maiden T20 hundred and then scored an unbeaten 60 in the second rubber to underline his class in white-ball cricket. The veteran southpaw had a forgettable Ashes but made up with a home return since the ball tampering scandal by playing his best cricket.

Ben McDermott, who was slotted in at No.4 to replace Maxwell, was trapped in front by Sri Lanka skipper Malinga for five as Ashton Turner scored a 15-ball 22 not out to help the Aussies coast to victory with 14 balls to spare.