India led 2-0 in the five-match series but lost the last three to the reigning World Cup champions to lose an ODI series after a lengthy gap. 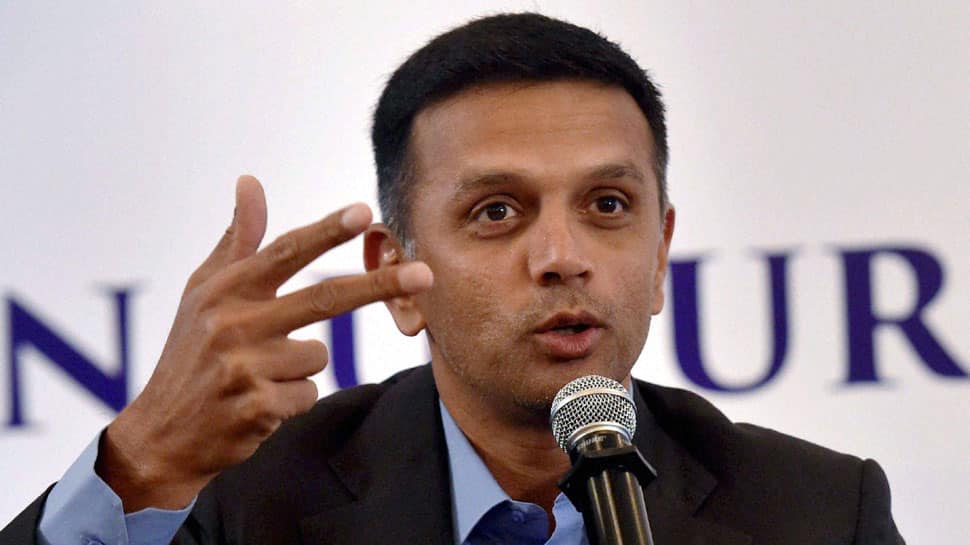 High-flying India crashed to a stunning 2-3 defeat against Australia at home in the bilateral ODI series and the setback should act as a warning sign for Virat Kohli and his men going into the upcoming World Cup as one of the favourites, feels former captain Rahul Dravid.

India led 2-0 in the five-match series but lost the last three to the reigning World Cup champions to lose an ODI series after a lengthy gap.

These games are the last of the 50-over competition for India going into the World Cup commencing on May 30 in England.

"I think there was a bit of notion that we are going to walk there and win the World Cup easily. So it's a good thing that this has happened. What it has (the outcome against Australia) reminded us is that we have to play the World Cup very, very well," said Dravid.

He was speaking at the launch of ESPNCricinfo's new metrics, Superstats, along with his former India teammate Sanjay Manjrekar on Wednesday.

"In a way, I think its a good balancing factor. India has performed well in the last couple of years. There was a little bit of talk that we are almost going to walk in there and win the World Cup very easily because we are the No. 1 team and we have been dominating one-day cricket for the last couple of years," said Dravid, India's current under 19 and A team coach.

"But I don't find anything strange from my perspective watching the series. I still feel that we are going to be one of the favourites. But it's going to be tough. It's going to be competitive," the cricket stalwart insisted.

Both Dravid and Manjrekar also answered queries on the much-talked-about workload factor in the IPL starting on March 23 for some key Indian players, who are expected to make the World Cup squad, such as Jasprit Bumrah and Hardik Pandya.

All-rounder Pandya is coming off a lower back injury layoff that forced him to miss matches in Australia as well as the home series against the same opponents at home.

"Most players are smart about these things. They know how to handle their body. I don't think the players would put their body on the line. I was reading Patrick Cummins (Australia pacer) saying that he feels better bowling when he is constantly playing rather than having been rested and coming back," Dravid said.

"So to each player, it's different. There cannot be a blanket case that all should be rested. We have to just trust the players. They know what needs to be done," he opined.

Manjrekar was even more forthright and said that the BCCI should not put pressure on IPL franchises to rest some players in view of the following World Cup.

Both also talked about the numbers game in cricket.

While welcoming the new parameters launched by the cricket website which he felt would be of some help to coaches, Dravid said: 'Numbers are not everything but at the same time you cannot ignore numbers'.

'Numbers can't quantify whether someone is not feeling up for it on that particular day. There's a mix of both,' is how he put it.