Buttler, who has had a good IPL with Rajasthan Royals in 2018, is happy that his stint in the cash-rich league has helped him to deal with expectations. 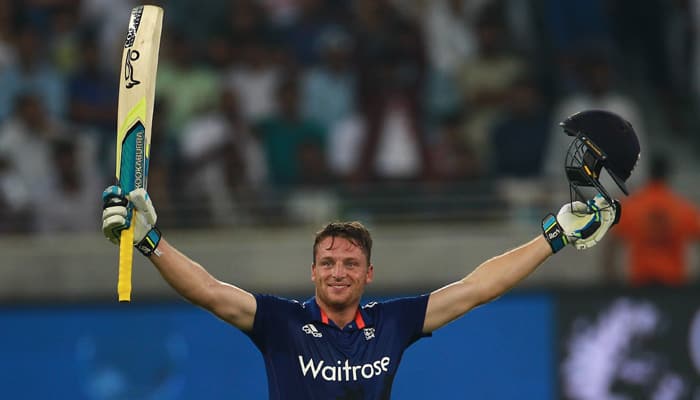 Star English batsman Jos Buttler strongly believes that there is nothing called 'peaking at the right time' as Virat Kohli has time and again showed by scoring hundreds at will.

Buttler, who has had a good IPL with Rajasthan Royals in 2018, is happy that his stint in the cash-rich league has helped him to deal with expectations.

With the World Cup around the corner, Buttler who had a great series against the West Indies is raring to go and is not bothered about peaking early.

"The idea of peaking isn't really an idea that sits naturally in my mindset. Sometimes you hear people talking about going to another level. Why can't you just stay at peak level," Buttler, who had reached Jaipur on Wednesday, told British media prior to his departure.

He then gave the example of Indian captain Virat Kohli, who has 66 international hundreds, including 41 in ODIs.

"Someone like [Virat] Kohli scores a hundred every game. He doesn't think: 'Ah, that was okay, I'll peak at some point'. Just do it every day. That's the sort of mindset I've been wanting to hit."

What Buttler loves about India is the "chaos", which makes every cricketer stronger.

"Being an overseas player is a new experience as well. You're one of the four, rather than one of 11. Someone like Dhoni is coolness personified most of the time."

"A lot of the time, it's making sure you show that externally, even if you're not on the inside. And a lot of trust in your ability, that allows you then to let your subconscious take over in the middle."