IPL Chairman Brijesh Patel on Friday confirmed that the T20 league will take place in United Arab Emirates (UAE) from September 19, with the final taking place on November 8. 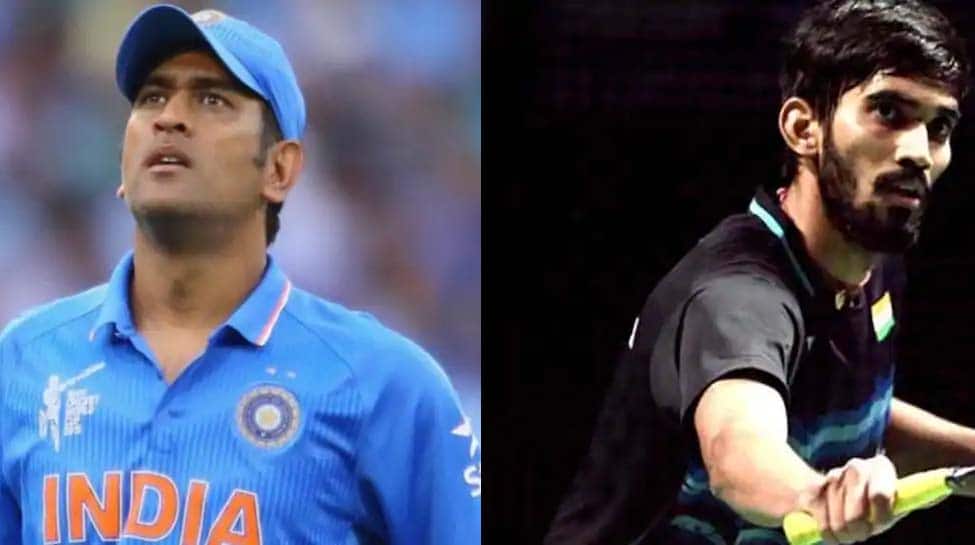 After it was confirmed that the 2020 Indian Premier League (IPL) will take place in UAE in September, star Indian shuttler Kidambi Srikanth has said that he is excited to see experienced wicketkeeper-batsman Mahendra Singh Dhoni returning to the cricket ground again.

The 13th edition of the IPL was originally slated to take place from March 29 to May 24, but the Board of Control for Cricket in India (BCCI) had postponed the lucrative T20 league indefinitely due to coronavirus.

However, IPL Chairman Brijesh Patel on Friday confirmed that the league will take place in United Arab Emirates (UAE) from September 19, with the final taking place on November 8.

Ecstatic to hear the news, Srikanth stated that he is looking forward to see Dhoni playing again after more than a year-long hiatus.

Dhoni has been on an indefinite break since India's semi-final exit at the 2019 ICC World Cup following their 18-run defeat at the hands of New Zealand.

Dhoni, who remains the only captain to win all the major ICC trophies namely 50-over World Cup, T20 World Cup, and Champions Trophy, has guided Chennai Super Kings (CSK) to IPL glory on three occassions.

Meanwhile, the postponement of this year's Men's T20 World Cup in Australia by the ICC provided the much-needed window to stage the 2020 IPL.

On Monday, the 2020 ICC T20 World Cup--which was originally scheduled to take place from October 18 to November 15 in Australia--was postponed due to the coronavirus pandemic.