Du Plessis's knock which marked his 12th ODI ton helped the Proteas register their third win in the tournament, providing some solace following a poor campaign by their standards. 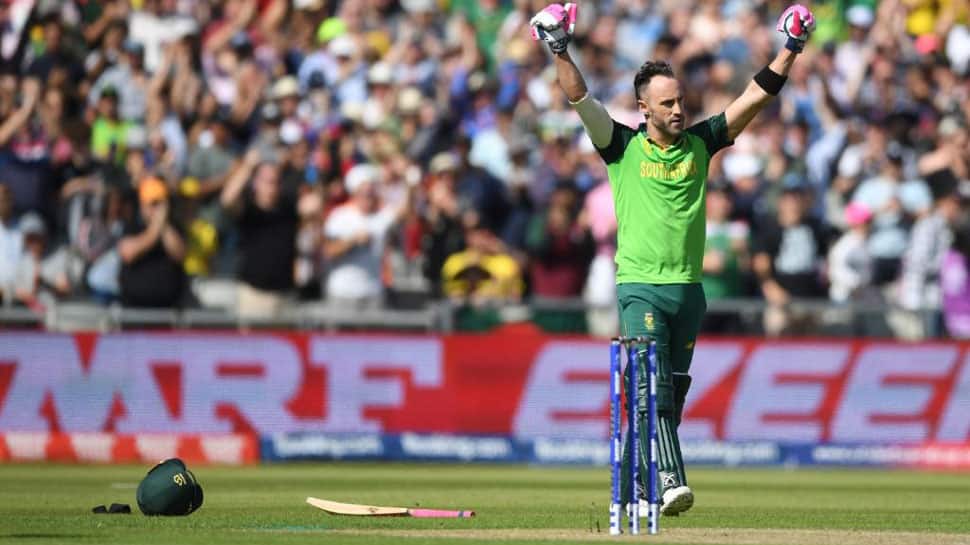 Du Plessis's knock which marked his 12th ODI ton helped the Proteas register their third win in the tournament, providing some solace following a poor campaign by their standards.

The 34-year-old batsman stitched a partnership of 151 runs with Rassie van der Dussen, to help South Africa build on a steady start by openers Quinton de Kock and Aiden Markram. Du Plessis's innings comprising of seven boundaries and two sixes helped lead the Proteas to a strong total of 325 runs for the loss of six wickets in 50 overs.

In reply, David Warner (122) made his presence felt scoring his third World Cup ton which further marked his 17th ODI ton. Warner was the highest run-scorer scoring 122 runs off 117 deliveries in an innings comprising of 15 boundaries and two sixes.

Alex Carey (85) was the second highest run-scorer. However, a poor poor performance by the top-order comprising of Steve Smith, Glenn Maxwell, Aaron Finch who failed to make their presence felt, resulted in additional pressure. Australia were ultimately bowled out for 315 runs in 49.5 overs.