Faf Du Plessis rates Centurion as 'one of the harder Tests'

Hailing his side's all-round effort in hammering India by 135 runs in the second cricket Test here, South Africa skipper Faf du Plessis on Wednesday admitted that it was one of the tougher Tests of his career. 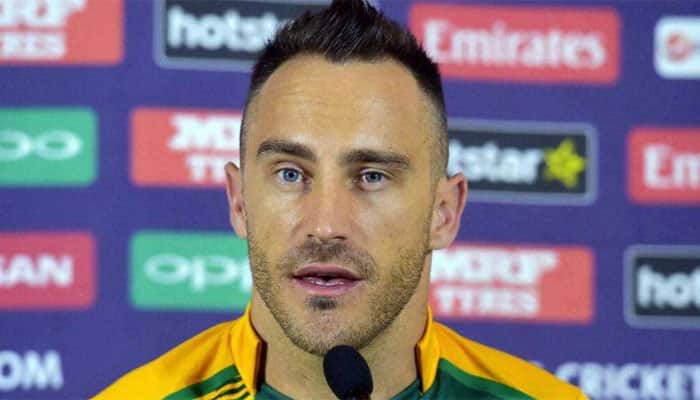 Centurion: Hailing his side's all-round effort in hammering India by 135 runs in the second cricket Test here, South Africa skipper Faf du Plessis on Wednesday admitted that it was one of the tougher Tests of his career.

"It took a lot of hard work over the last five days. We were on top pretty much most of the times. One of the harder Tests, given batting and bowling was tough but we were amazing in the field," du Plesssis said during the post-match presentation at the SuperSport Park here.

With the win, the Proteas have now taken an unassailable 2-0 lead in the three-match rubber even as Virat Kohli lost his first series as India skipper.

Du Plessis conceded that his team needed to get past the psychological barrier of scoring 400 runs in their first innings but despite that kept pushing hard in the second essay to post a target of more than 250 runs.

"After Day 1, we were very disappointed. In that last 45 minutes of Day 1, we gave India a sniff and the chat after that was that we are gonna need a bit of character over the next four days.

"We were short in the first innings. We needed to get 400, especially from the position we were in, but for me the vital time was the second innings. We kept pushing the scoring and we knew that anything over 250 would be challenging," he said.

The skipper also showered praise on debutant paceman Lungi Ngidi, who grabbed a match-winning 6/39 to seal the deal in the favour of the hosts.

"Special performance by Ngidi, he's a great guy and we welcome him into the team. Amazing future that lad has. I look at the person's personality the first thing and he's a wonderful human being.

"I see him carrying this national attack for a few years," he said.

Both the teams will now face off in the third and final Test at the New Wanderers Stadium in Johannesburg from January 24.