Big-hitter Glenn Maxwell defended the decision to keep him kicking his heels in the pavilion as Australia fell short of a tough Indian target at the Oval, as per ICC press release. 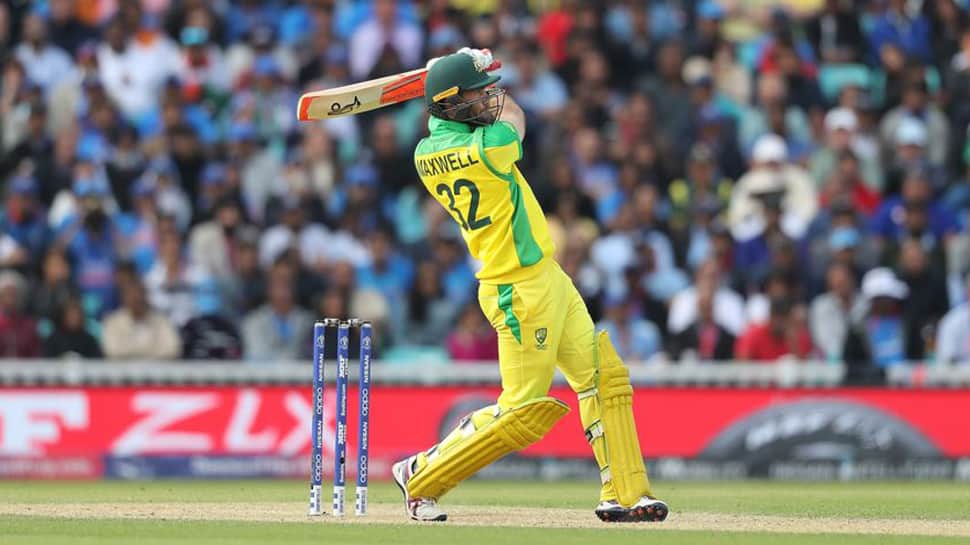 Big-hitter Glenn Maxwell defended the decision to keep him kicking his heels in the pavilion as Australia fell short of a tough Indian target at the Oval, as per ICC press release.

India produced a textbook batting display in their ICC Men’s Cricket World Cup clash, cautiously prodding at Australia’s opening attack and then accelerating with wickets in hand - all their top order contributing.

It meant Aaron Finch’s side needed a World Cup record 353 run chase, a demanding task not made easier by his opening partnership with the normal aggressive David Warner, who appeared to struggle for fluency, at one stage facing 14 dot balls.

Steve Smith and Usman Khawaja also struggled to get boundaries and it wasn’t until Maxwell’s arrival - he scored 28 in just 14 balls - that India’s bowling attack felt any concerted pressure.

And World Cup winner Sachin Tendulkar was among those who thought Australia missed a trick not promoting free-scoring Maxwell - with his 122.45 ODI strike rate - up the order.

“I don’t think we need to change anything and I don’t think we were that far off, we just need some tinkering here and here, a bit of luck going our way. On another day a couple would have cleared the fence or missed the fielders and we’d have been away,” said Maxwell, who eventually holed out to nemesis Yuzvendra Chahal as the run rate rooted itself in double digits.

“It was about being completely clear in what I was trying to do and I was able get crisp boundaries in the first ten balls and I felt like I was in really good rhythm and playing with a good tempo. Unfortunately I had to take a few more risk off the spinners than I would have liked to.”

In the end Australia were only 37 runs short of their big target but, in truth, they were never really in the match - the scorecard not necessarily telling the full story of India’s dominance across all departments.

Warner, one of the game’s biggest hitters, scored 56 in 84 balls, a slower half century than his equally uncharacteristically cautious performance against Afghanistan in his team’s tournament opener.

The tactic of curbing natural scoring instincts and protecting wickets in the opening overs, and then unleashing with wickets in hand clearly worked for India.

But Finch denied Warner’s new conservatism is part of a long-time game plan, with Pakistan the next opponents at Taunton on Wednesday.

“They bowled really well to him early and I think playing on a used wicket again for our second time in three games played a little bit of a part in that,” he said.

“It hasn't been a plan, a team plan or an individual plan for David. Their bowling plans were pretty simple but really effective on a wicket like that.”