Kohli and Harbhajan are the only two cricketers to have spent their entire IPL career with just one team. 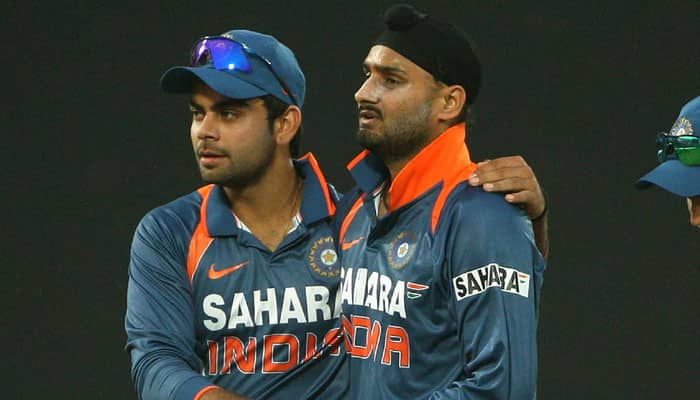 New Delhi: Who in the world would not want to have Virat Kohli in their team. The Indian captain clearly is one of the best players in modern day cricket no matter what the format is. As per media reports, even fellow IPL franchise Mumbai Indians tried to sign Kohli as youngster but failed.

The revelations were made by none other than the Mumbai franchise mainstay Harbhajan Singh, who revealed the news during India’s maiden sports lit fest in Pune.

Other than admitting the fact that his team did attempt to steal Kohli from RCB as a youngster, Harbhajan also spoke about the comparison between Kohli and his batting-guru Sachin Tendulkar.

“Virat Kohli is like a little brother to me and we tried to get him to Mumbai Indians. He (Kohli) will always be a champion player but Sachin Tendulkar will always be the No. 1. Kohli is not only fit himself but also motivates others to be fit. It’s his passion that took him to the next level,” he said.

In the inaugural IPL auction in 2008, RCB bought Kohli for just $30,000 and as the cash-rich league reaches its 10th edition, the 28-year-old is the team's proud captain.

Mumbai's attempt to steal Kohli from Bangalore's grip might have taken place in 2008, as since then the Delhi-boy has never been released in the pool of players.

Also, Kohli and Harbhajan are the only two cricketers to have spent their entire IPL career with just one team.

IND vs AUS: Aussie coach Darren Lehmann says toss will have no bearing in India