Harbhajan's comments came during an Instagram live session with Indian opener Rohit Sharma at a time when all the cricketing activities across the globe are at standstill due to coronavirus pandemic. 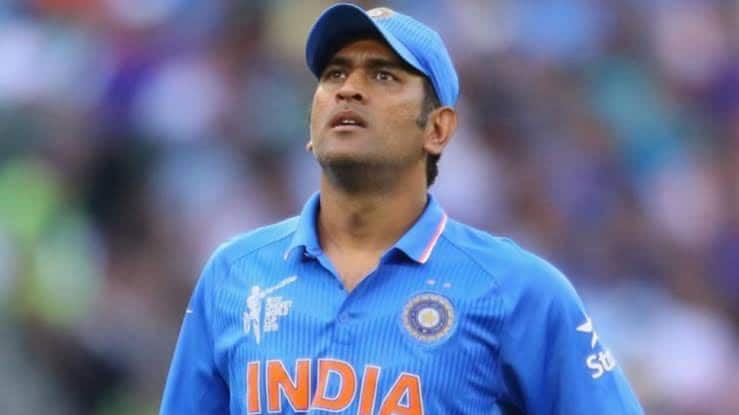 While cricket fans are awaiting the return of Mahendra Singh Dhoni for India, veteran off-spinner Harbhajan Singh believes that the wicket-keeper batsman doesn't want to play for the country anymore.

Harbhajan's comments came during an Instagram live session with Indian opener Rohit Sharma at a time when all the cricketing activities across the globe are at standstill due to coronavirus pandemic.

Intrestingly, the 39-year-old raised the topic on the comeback of Dhoni. Harbhajan said that a lot of people has been asking him as to what is happening with Dhoni.

Replying to the same, Rohit said that one should ask this question from Dhoni himself as no one else has an idea of his return.

"I request you to ask this question from Dhoni himself. When MS Dhoni doesn't play cricket, he goes underground," the Indian opener said.

"Once the lockdown gets over, take a car or train to Ranchi and ask Dhoni about his return.We have no idea what is happening with him," Rohit mockingly stated.

Harbhajan, on the other hand, said that he doesn't believe that the wicketkeeper-batsman wants to don the Indian jersey again and that the International Cricket Council (ICC) World Cup was his final tournament.

"I told people. I don't know about his return. I am not sure if he wants to play again or not. It is his decision. He will play in the IPL for sure.But the question is if he wants to play for India again. If he is willing to play for the side or not. As far as I know, he is not willing to play for India. As far as I know him, I don't think he would like to don the Indian jersey again. I think he had decided that the 2019 ICC World Cup would be his swansong," Harbhajan said.

Notably, Dhoni has been on an indefinite break since India's semi-final exit at the 2019 ICC World Cup at the hands of New Zealand. He missed series against South Africa, Bangladesh and West Indies before he was also not named in the Indian squad for the series against Sri Lanka, Australia and New Zealand.

Earlier this year, the former Indian skipper also failed to find a place in the Board of Control for Cricket in India's (BCCI) centrally contracted players list.

Dhoni remains the only captain to win all the major ICC trophies namely 50-over World Cup, T20 World Cup, and Champions Trophy.

He was all set to make a return as a captain of the Chennai Super Kings (CSK) in the 2020 edition of the Indian Premier League (IPL), which was originally slated to take place from March 29 to May 24, but has now been postponed indefinitely by the BCCI in the wake of COVID-19.

Happy Birthday Sachin Tendulkar: A look at his world records