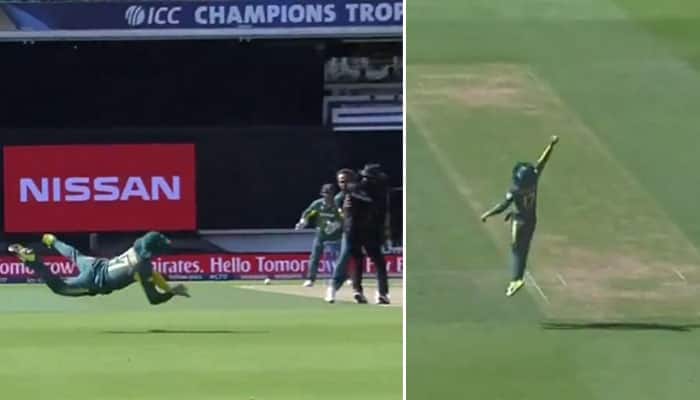 New Delhi: AB de Villiers failed with the bat, but the South Africa made up with brilliant fielding efforts in their ICC Champions Trophy opener against Sri Lanka at The Oval on Saturday.

Put into bat, South Africa made 199 for 6 with de Villiers contributing only four runs. Sri Lankans stared the chase well with openers Niroshan Dickwella 41 (33b) and Upul Tharanga 57 (69b) laying a solid foundation.

But two ill-times dismissals, those of Kusal Mendis in the 12th over, and Dinesh Chandimal in the 19th over left the Lankan innings in a bad shape. Both the wickets were results of de Villiers brilliance on the field.

First, he took a brilliantly timed jumped at short mid-wicket to pluck a catch out of the thin air to send Mendis back. Here's the video:

Then, the livewire fielder produced one stunning piece of ground fielding hit the stumps with a flying throw to send Chandimal back. Here's the video: