West Indies have been rather unpredictable in their matches in ICC Cricket World Cup 2019 with a dominant performance against Pakistan, tough fight against Australia, Bangladesh and New Zealand, and abject surrender against England. 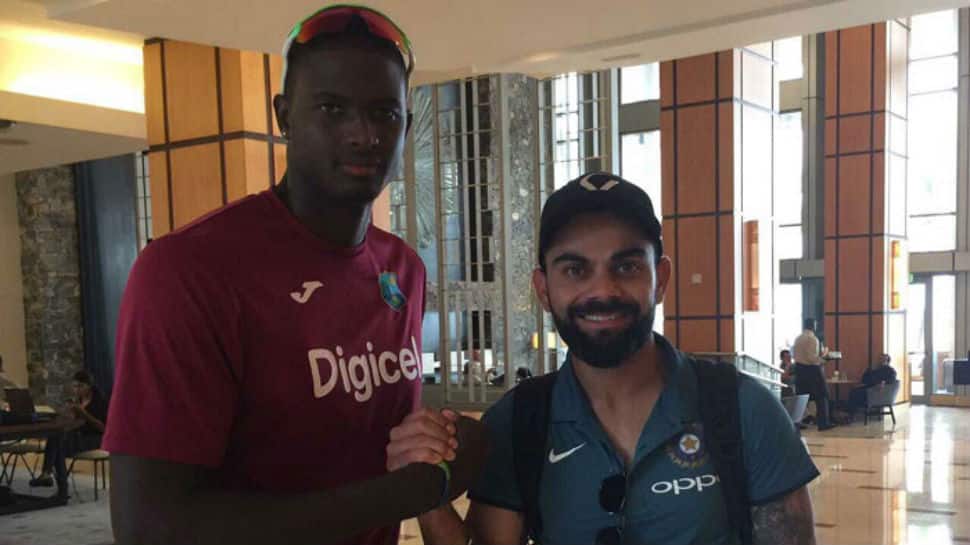 West Indies may be placed closer to the bottom of the ICC Cricket World Cup 2019 points table but underestimating the team could have its fair share of perils for Team India as it gets ready for its Thursday fixture against the Men in Maroon.

India have been a force to reckon with in the tournament so far even if their unbeaten record was challenged by minnows Afghanistan in their last encounter. The rather narrow 11-run win challenged Virat Kohli's side and may prove to be a blessing in disguise as the team had a rigorous outing after easy wins against South Africa, Australia and Pakistan. Next up are the men from the Caribbean islands who have shown a lot of spirit in the tournament even if the results have hardly reflected it.

West Indies have won just one of their six matches in ICC Cricket World Cup 2019 so far. The team has lost four and one match was washed out. In their most-recent match, the team gave a  tough fight to New Zealand - a side that is yet to lose in the tournament. Chasing a target of 292, Chris Gayle slammed 87 off 84 while Shimron Hetmyer hit 54 off 45. A century of 82 balls from Carlos Brathwaite brought West Indies to within touching distance, only to finish five runs short.

While the match against New Zealand was close, the West Indies' performance through the tournament also shows that here is a rather unpredictable side that can either surrender completely - like against England, or put up a stiff fight - like against Australia and Bangladesh, or completely dominate - like against Pakistan.

Led by Jason Holder, the team has the pace power to intimidate rivals of repute even if the Indian batting has been a tad to difficult to tame. On paper, India remains the overwhelming favourite. And with the pitch at Old Trafford so far supporting batting fireworks, the Men in Blue would further fancy their chances of blunting the bounce that West Indies' pacers have relied on heavily. Underestimating the rather unpredictable West Indies unit - especially after a tough match against Afghanistan, however, won't be a folly the Indians would want to avoid.