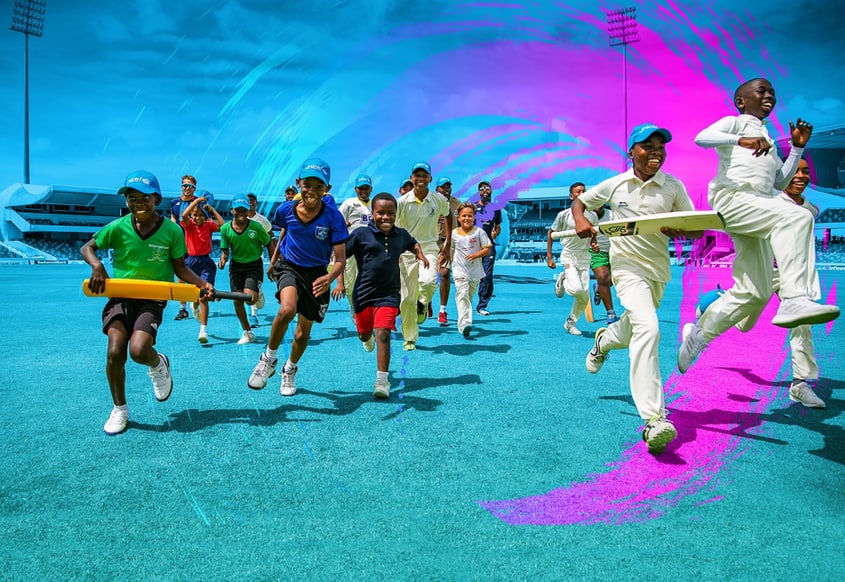 The International Cricket Council (ICC) Cricket for Good, in partnership with UNICEF, on Tuesday announced ‘One Day for Children’, a tournament-wide campaign focused on bringing together cricket’s one billion fans to help build a better world for every child, at the upcoming ICC Men’s Cricket World Cup.

There will be #OneDay4Children activity throughout all 48 matches of the event, peaking with a day of celebration during the England v India game on 30 June at Edgbaston.

The money raised will support UNICEF’s work in cricket playing nations to help children learn to play and be healthy.

The #OneDay4Children match will be special, with the players, the sell-out crowd and global audience all playing a part in the celebrations.

Edgbaston will turn blue whilst players will support the campaign with special one-off #OD4C branded kit. Celebrities and legends of the game will join the action with unique activations and fundraising both in the stadium and across the live broadcast.

“As part of our continuing work with UNICEF through Cricket for Good, we are delighted to launch #OneDay4Children and use the platform of the ICC Men’s Cricket World Cup 2019 to help more children to play and be healthy. This is our most ambitious charity project to date and we know that cricket’s one billion fans will come together to help build a better world for every child," David Richardson of the ICC said.

“Our partners have got right behind #OneDay4Children, with global broadcast partner Star Sports ensuring it will be seen by hundreds of millions around the world, whilst locally in the UK Sky have also committed to promoting it to their viewers. Booking.com and Gray Nicolls have committed to a significant donation whilst our other global partners are working on in-venue activations and promotions to drive fundraising ensuring our #OneDay4Children match really captures the imagination of cricket fans," he added.

ICC Men’s Cricket World Cup 2019, Managing Director, Steve Elworthy said, “#OneDay4Children is such an important tournament wide campaign which we are extremely proud to be delivering. We have a unique opportunity while the eyes of the cricketing world, and beyond, are watching, to show how we can harness the power of the fans to help support the wonderful work UNICEF do for children across the globe.”

Mike Penrose, Executive Director at UNICEF UK, said, "We are delighted to see the world of cricket unite for #OneDay4Children at the ICC Cricket World Cup 2019. Players, teams and one billion cricket fans will come together for Unicef. The money raised through #OneDay4Children will support Unicef’s work to help children learn, play and be healthy through cricket. It is a shared belief that cricket has an incredible power to raise vital funds and inspire and empower millions of children."