ICC World Cup 2019: Australia are sitting pretty but still have more to give

The 381/5 that Aaron Finch’s Australia amassed in Nottingham, in what proved a 48-run victory over a spirited Bangladesh side, set up a match featuring more runs - 714 - than we’ve ever witnessed before at a single ICC Men’s Cricket World Cup encounter. 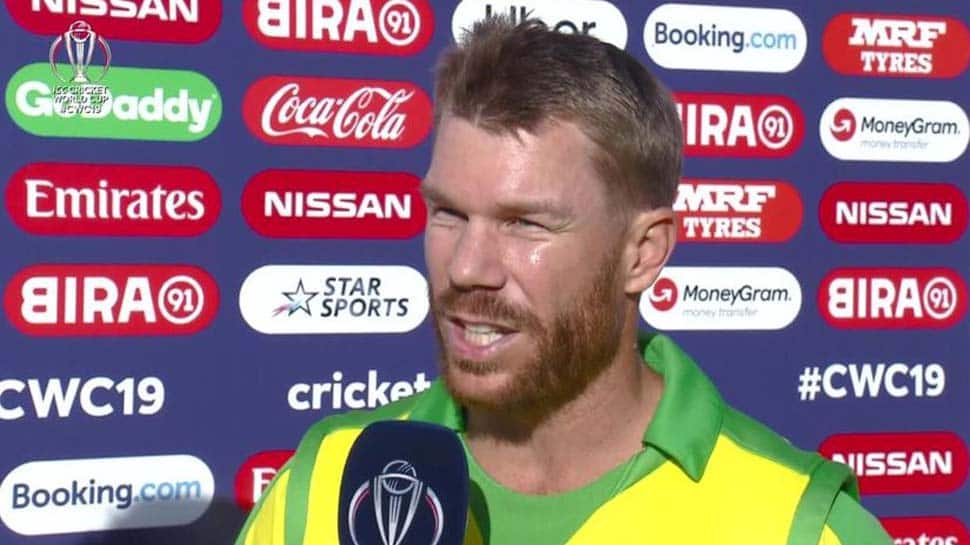 The 381/5 that Aaron Finch’s Australia amassed in Nottingham, in what proved a 48-run victory over a spirited Bangladesh side, set up a match featuring more runs - 714 - than we’ve ever witnessed before at a single ICC Men’s Cricket World Cup encounter.

Built upon David Warner’s fine tournament-high 166, where he became the only man ever to record two 150s in the competition, this was the second highest total the five-times champions have ever accumulated at any World Cup, also a figure that only England have bettered in the current edition, twice.

Yet for all that, the Australian batsmen’s collective effort, there was a feeling that they could have racked up a total that might have threatened their all-time World Cup record of 417/6, compiled against Afghanistan in Perth four years ago.

Warner really began to look his old liberated self near the conclusion of his 147-ball knock, and Finch, whose latest fifty - the eighth in his last 11 ODI innings - provided another ideal launchpad.

Usman Khawaja hit a 72-ball 89, a knock that became more fluent and impressive as it progressed. What will have frustrated the Australians, though, was that he did not sacrifice his wicket in a run-out mix up with the best part of five overs still left and Glenn Maxwell at the other end wreaking havoc in the crazy grand manner that only he can.

We had been in the middle of a classic cameo from the man they call ‘The Big Show’. Maxwell, who had careered on to 32 from only 10 balls, seemed in one of his unplayable moods, with the excited chatter around the ground all about whether he might have his sights on AB De Villiers’ world record ODI fastest half-century, gleaned off just 16 balls.

One of Maxwell’s three glorious maximums almost defied description as he somehow managed to contort his body while moving across his stumps and rocked back on one leg to crash Rubel Hossain’s full ball over mid-off. A unique stroke from a unique talent.

A talent, too, that needed to be indulged for the rest of Australia’s innings when the run-out came. Maxwell was scampering for a quick single and Khawaja responded, only then to pull up and leave Maxwell high and dry, allowing Rubel to run him out.

Seeing Smith, arguably the world’s best batsman, only entering the fray at number six with three overs left, again raised the question of whether Australia ought to have their best player coming in at three, just as England do with Joe Root, India with Virat Kohli and New Zealand with Kane Williamson.

Bangladesh too these days have their best man now occupying that spot but once Shakib Al Hasan’s magnificent World Cup journey was finally derailed here when he chipped a leading edge to Warner at mid on for 41 - the only time he’s failed to make at least a half-century during the competition - it felt as if mission wholly improbable would be upgraded to impossible, despite the best distinguished efforts of their diminutive centurion Mushfiqur Rahim and the big-hitting Mahmudullah, who struck three sixes in his 69.

The good news for Australia was that the key breakthrough had been engineered by a clever slower one from Marcus Stoinis, whose return after injury did, as coach Justin Langer had hoped, give the side more balance.

And with Warner rampaging again and both Mitchell Starc, who ended Tamim Iqbal’s dangerous contribution, and Pat Cummins back in familiar enforcer mode, it looks like the champions are hitting form at the most propitious time.