With wins against South Africa and Windies, Bangladesh have declared that they are no more underdogs and, now, they would aim to make a place in the semifinals. 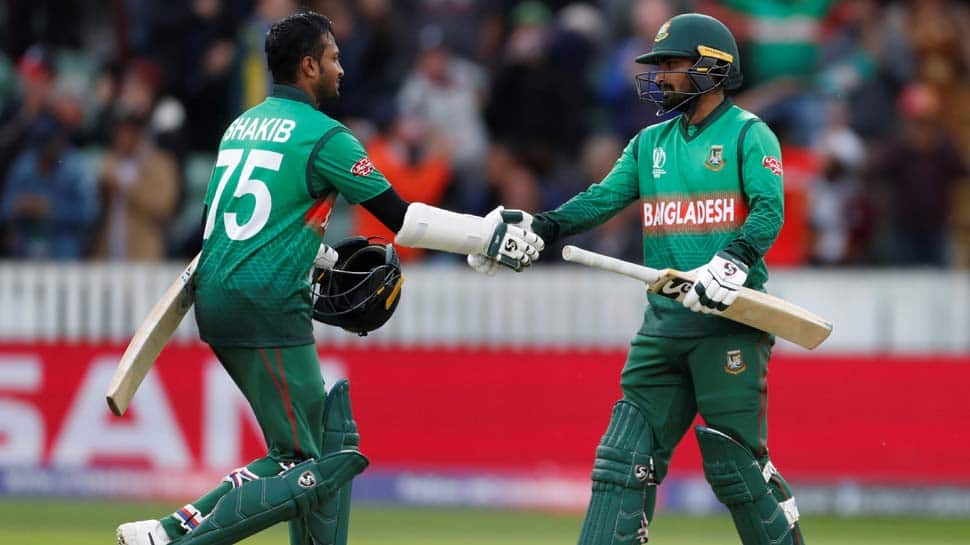 Buoyed by their emphatic win over West Indies, Bangladesh will be brimming with confidence when they face a stiff test against Australia in their crucial World Cup fixture at Trent Bridge, on Thursday.

On Monday, Bangladesh came out with a commanding performance in their last game against the Windies as they comfortably chased down the 322-run target in Taunton. Shakib Al Hasan (124*) and Liton Das (94*) played brilliant knocks as the Bangla Tigers made a mockery of the Windies total and crossed the line with more than 50 balls to spare.

With wins against South Africa and Windies, Bangladesh have declared that they are no more underdogs and, now, they would aim to make a place in the semifinals.

Mashrafe Mortaza's men have been excellent so far, but it would be really interesting to see if they can live up to the challenge of competing against the five-time champions.

Australia have not been at the top of their game in the ongoing World Cup so far. They have suffered batting collapses and have been put under pressure. Despite that, they have been able to register four victories and are currently placed at the second spot in the points table.

Pacers Mitchell Starc and Pat Cummins are proving to be a nightmare to face for the opposition batters, barring India who took them for plenty at the Kennington Oval.

Skipper Aaron Finch and David Warner are providing them with solid starts and laying the platform for the likes of Steve Smith, who has been a rock in the middle order.

Thus, it would require a below-par performance from the defending champions to lose against Bangladesh, a team against whom they have tasted defeat only once in the 22 ODIs they have played against each other.