Afghanistan next face Sri Lanka in a World Cup match on June 4 whereas Australia will take on West Indies on June 6. 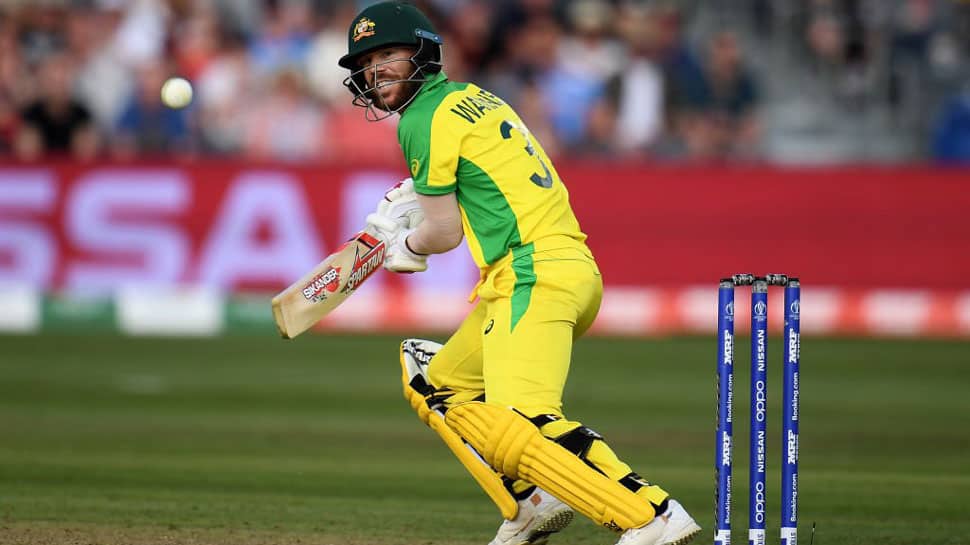 Chasing 208, Australia got off to a solid start as both Finch and Warner looked in good touch. The duo mixed caution with aggression and they helped the Aussies reach a score of 55 inside the first ten overs.

Finch looked in impeccable touch and he even took Rashid Khan took to the cleaners. On the other hand, Warner played second fiddle and just rotated the strike to allow the Aussies to gain an upper hand in the match.

Khawaja (15) was dismissed by Rashid Khan in the 25th over with the team still requiring 52 runs for the win.

Steve Smith came out to bat at number four, and he along with Warner ensured that Australia did not suffer from any more hiccups.

The duo stitched a 49-run stand to take Australia near the finishing line. Smith (18) was dismissed with the team still needing 3 more runs for the win.

In the end, Glenn Maxwell and Warner took the team over the line with seven wickets and 91 balls to spare. Warner and Maxwell remained unbeaten on 89 and 4 respectively.

Earlier, Najibullah Zadran`s knock of 51 runs and a further cameo of 27 runs by Rashid Khan allowed Afghanistan to post a score of 207 after choosing to bat first.

Afghanistan got off to the worst start possible as they lost both their openers for a duck. The opening two wickets were scalped by Mitchell Starc and Pat Cummins.

Rahmat Shah and Hashmatullah Shahidi put Afghanistan`s innings on track as they stitched together a stand of 51 runs. Their resistance was cut short by Adam Zampa as he dismissed Shahidi (18) in the 14th over.

Soon after Shah (43) was also sent back to the pavilion, reducing the team to 75 for four. Mohammad Nabi (7) also failed to leave a mark, but it was skipper Naib who allowed Afghanistan to put a fighting score on the board.

He played a knock of 51 runs, but his dismissal in the 34th over made it all the more tougher for Afghanistan. Rashid Khan (27) and Mujeeb Ur Rahman (13) played some big shots in the end and helped the team get past the 200-run mark.

However, after Rashid`s dismissal, Australia did not waste much time bowling out Afghanistan in the 39th over. Both Cummins and Zampa scalped three wickets each for Australia.

Afghanistan next face Sri Lanka in a World Cup match on June 4 whereas Australia will take on West Indies on June 6.