While the Pakistani fans outnumbered their Aussie counterparts in the stands, Australia's eventual win brought a lot of smiles to the team's supporters. 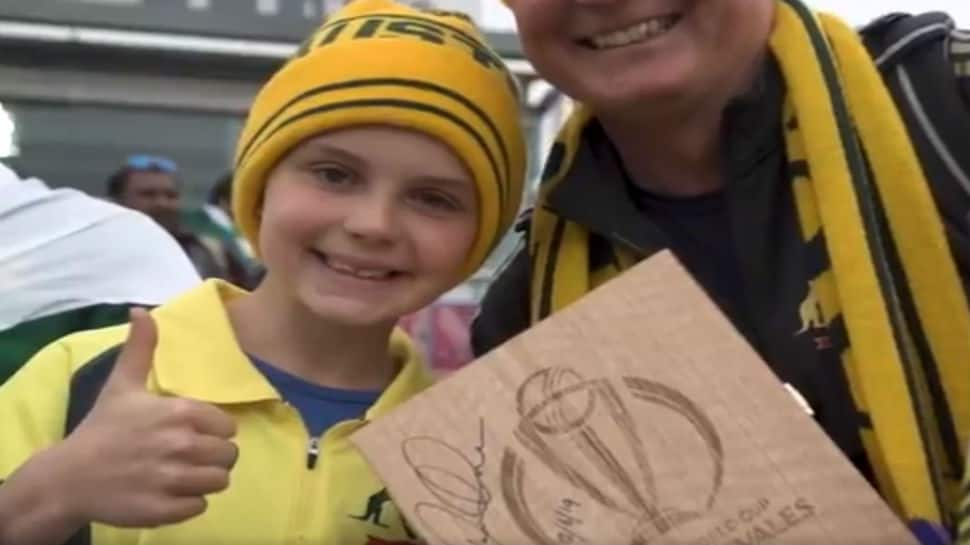 David Warner won the hearts of cricket fans all over again when he hit a commanding century to help Australia defeat Pakistan at Taunton on Wednesday. It was, however, even more special for one particular fan in the stands who was gifted the Player of the Match award by the explosive Aussie opener after the presentation ceremony.

The young girl in the stands at County Ground had been cheering and praying to see her heroes get back to winning ways after losing to India. And Warner's powerful batting set the right tempo which would eventually see her team seal two full points. For his efforts, Warner was adjudged the best player of the match. For her efforts and support, the young fan was later gifted the memento by Warner himself.

In a video posted by Cricket World Cup, Warner is seen giving the award to the fan and also giving her an autograph. "We were waving out flag as he was passing by and he just came over," she said. "I really like him."

David Warner made this young Australia fan's day by giving him his Player of the Match award after the game ??

While the Pakistani fans outnumbered their Aussie counterparts in the stands, Australia's eventual win brought a lot of smiles to the team's supporters. The side now has six points from four matches after winning against Afghanistan, West Indies and Pakistan, and will take on Sri Lanka in London this Saturday.