South Africa captain Faf du Plessis is determined for his side to restore some confidence and pride in their final two matches at the World Cup after their slim hopes of making semi-finals were ended. 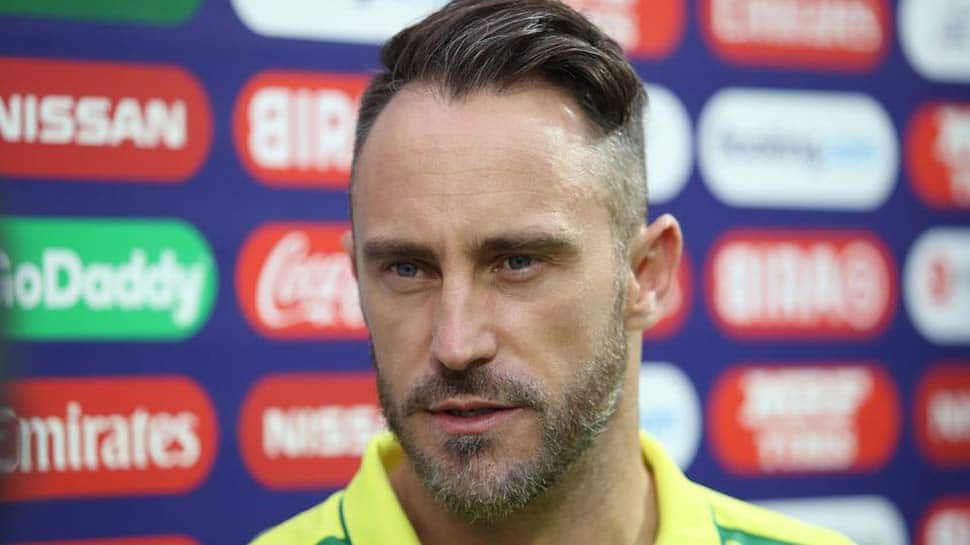 South Africa captain Faf du Plessis is determined for his side to restore some confidence and pride in their final two matches at the World Cup after their slim hopes of making semi-finals were ended.

As per ICC press release, their 49-run defeat by Pakistan at Lord's was their fifth loss in seven matches and means the maximum number of points South Africa can accumulate is seven.

Already, four other teams have exceeded that tally, which rules South Africa out of the knockout stages, but captain Du Plessis sees their remaining fixtures as an opportunity to rebuild.

He said: “We need to try and get stronger and better, I thought before today, even though we are losing, I did feel that there was an upwards curve in the cricket that we were playing.

“We started doing more things right since the Afghanistan game. Then in the New Zealand game, we played a good game of cricket.”

“We need to try and make sure we can get stronger and better and we want to see an upwards curve in the cricket we are playing.

“We started doing more things right since the Afghanistan game and then in the New Zealand game.”

South Africa’s only victory came against Afghanistan in Cardiff, where they marched to a nine-wicket win.

Three days later, they lost narrowly to New Zealand in Birmingham where du Plessis praised his men for giving everything in their four-wicket defeat. But on Sunday, against Pakistan, du Plessis felt the team regressed.

“Today, then taking a step back, two steps forward, one step back, that's not a great team. For me, we are sitting at that mediocre team at the moment because we are making the same mistakes all the time. But we have to keep trying.”

Du Plessis has personally promised to rally his troops for their matches against Sri Lanka next Friday and Australia the following Saturday, where he will put the focus on the leadership group to lift the rest of the team.

He added: “I’m a very proud player and captain. With the results we are dishing out at the moment, it’s really tough. We are trying but it’s just not good enough.

“It’s important that the coach, myself and the senior players, front up to this challenge. I need to be there for the team,” he said.

He acknowledged that the team’s self-belief needs has been eroded by a string of poor performances.

Although du Plessis has committed to leading from the front, he also wants the players to take it on themselves to improve.

“The responsibility lies with every player to try and make sure that he comes to the park and give everything. Everyone has played the game of cricket long enough to understand that you do go through highs and lows,” he said.

And du Plessis admitted this is one of the lowest lows. It is only the second time in the eight World Cup South Africa have played in, that they will not reach the knockout stage but still, du Plessis would like them to show what they are capable of before signing off.

“I love captaining this team, and the fact that we are playing way, way below our potential, is not something that sits with me well. There's too much pride for me, and that's why I'm trying as much as I can.”