Bangladesh are slated to play two warm-up matches against Pakistan and India before they will kickstart their campaign at the 2019 ICC World Cup. 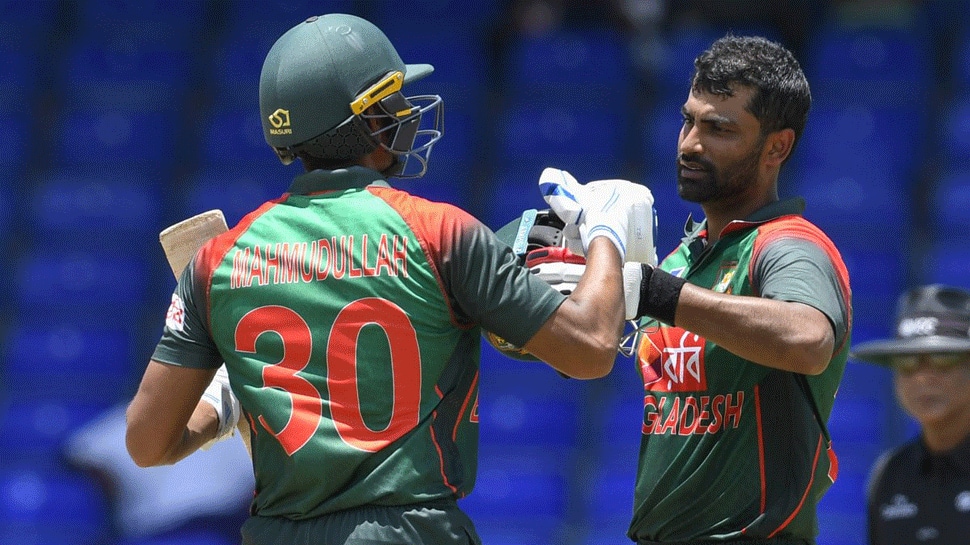 Seventh-ranked Bangladesh will look to build on their 2017 Champions Trophy and the 2018 Asia Cup exploits when they kickstart their campaign at the International Cricket Council (ICC) World Cup, which is slated to take place in England and Wales from May 30 to July 14.

Bangladesh, which will be led by Mashrafe Mortaza and vice-captained by Shakib Al Hasan, will lock horns with world number three South Africa in the opening match of the ten-team quadrennial event.

The Mortaza-led side will head into the World Cup with a decent run of form off-late, having won three out of the last five ODI series they have played including the Asia Cup in 2018.

As far as squad is concerned, batsman Mosaddek Hossain and uncapped fast bowler Abu Jayed have been called up in the Bangladesh ODI squad while four players out of 15 namely skipper Mashrafe Mortaza, Tamim Iqbal, Shakib Al Hasan and Mushfiqur Rahim have made it to the mega event thrice.

Bangladesh are slated to play two warm-up matches against Pakistan and India before they will kickstart their campaign at the 2019 ICC World Cup.

Here is the complete schedule and squad of Bangladesh for the showpiece tournament: