Yuzvendra Chahal took his maiden five-for in ODIs as India thrashed South Africa by nine wickets in the second encounter of the six-match rubber at Centurion's SuperSport Park on Sunday. 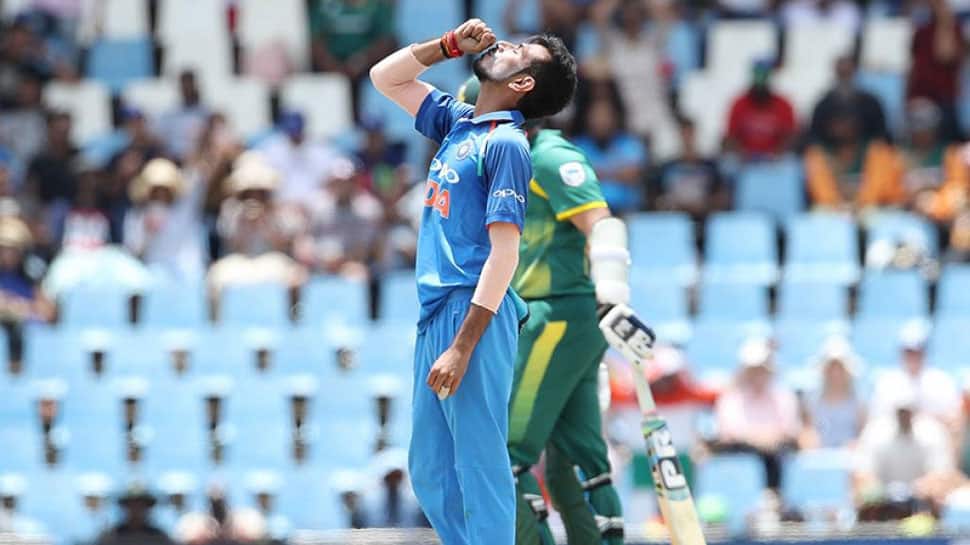 Yuzvendra Chahal took his maiden five-for in ODIs as India thrashed South Africa by nine wickets in the second encounter of the six-match rubber at Centurion's SuperSport Park on Sunday.

The Indians started their chase aggressively; however, Rohit Sharma could not last long and fell to Kagiso Rabada in the fourth over for 15. That was as good as it got for South Africa because after that Shikhar Dhawan (51 off 56 balls) and Virat Kohli (46 off 50 balls) smashed their way to the target in 20.3 overs.

The match also drew plenty of criticism after the umpires decided to take the lunch break with India needing just two runs. It was an extended session anyway but many thought using common sense and getting on with the game would have been a far better idea than sticking to the 'sanctified' rule.

Earlier, Kohli won the toss and decided to have a bowl on a wicket that was expected to help spinners a great deal.

Chahal may have stolen the show but the South African collapse was touched off by Kuldeep Yadav who removed stand-in captain Aiden Markram (8) and David Miller (0) in the 14th over. The Proteas never really recovered from there.

However, they had started well with Hashim Amla (23) and Quinton de Kock (20) managing to survive against the probing Indian bowlers. Bhuvneshwar Kumar broke the stand with the wicket of Amla and shortly after Chahal removed de Kock.

But, by all means, the next two wickets by Kuldeep totally derailed South Africa. Debutant Khaya Zondo and JP Duminy (25) added 48 runs for the fifth wicket to do some repair work for the Proteas but once Zondo was removed by Chahal for 25, all wheels came off for the hosts. They lost the rest of their wickets for just 19 runs.

India showed no such trouble in their chase and ran away to 26/0 in no time, however, Rohit failed to turn his good start into a big score after a Rabada bouncer undid him. That was the only hiccup the tourists faced as Dhawan and Kohli played aggressively thereafter to see the team home.

The third match of the series will be played on Wednesday at Cape Town's Newlands.