Sri Lanka after enduring a major share of struggle in the international circuit finally brought an end to their series drought as they thrashed Shikhar Dhawan-led India by seven wickets in the third and final T20I to win the series 2-1. 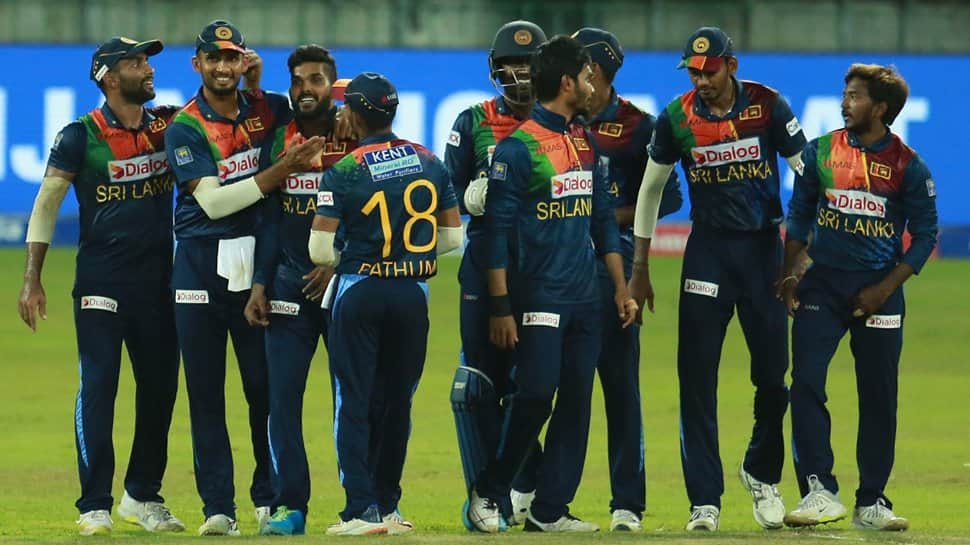 Sri Lanka's woes in the international circuit finally came to an end as they thrashed Shikhar Dhawan-led Indian unit by seven wickets in the third and final T20I in Colombo on Thursday. With this win, the hosts clinched the three-match series 2-1.

Meanwhile, this was Sri Lanka's first series win since 2019 and it also put a halt on their five-series losing streak.

come from 1-0 down to clinch the T20I series

Wanindu Hasaranga, who is celebrating his 24th birthday, starred in the win for Sri Lanka with a record-breaking spell. The spinner completed his four-over quota with clinical figures reading 9/4. He removed Sanju Samson and Ruturaj Gaikwad in his first over and also dismissed Bhuvneshwar Kumar and Varun Chakravarthy in the middle overs to help his side take complete control on the proceedings.

Hasanranga's effort played a pivotal role in the clash as the Men In Blue could only manage 81/8 in their respective 20 overs after electing to bat first, which also is India's third lowest T20I total.

Only three Indian batsmen could manage the double-digit score with number seven Kuldeep Yadav being the best with his 23-run unbeaten knock. Such was the dominance of the home bowlers that India hit only four boundaries in entire 20-over innings.

In response to India's paltry total, the hosts got off to a watchful start with openers Avishka Fernando and Minod Bhanuka adding 23 runs before the former was removed by Rahul Chahar from the middle.

Chahar tried to put some brake on Sri Lanka's batsmen and was also successful in doing so, but with very few runs to defend it was always going to be an easy task for the hosts. The spinner finished his four overs and picked three wickets as Sri Lanka completed the run-chase with more than five overs to spare.