India led by Virat Kohli defeated Australia in the first ODI of the five-match series at the Rajiv Gandhi International Stadium, Hyderabad, by six wickets after being handed a target of 237 runs to chase down. 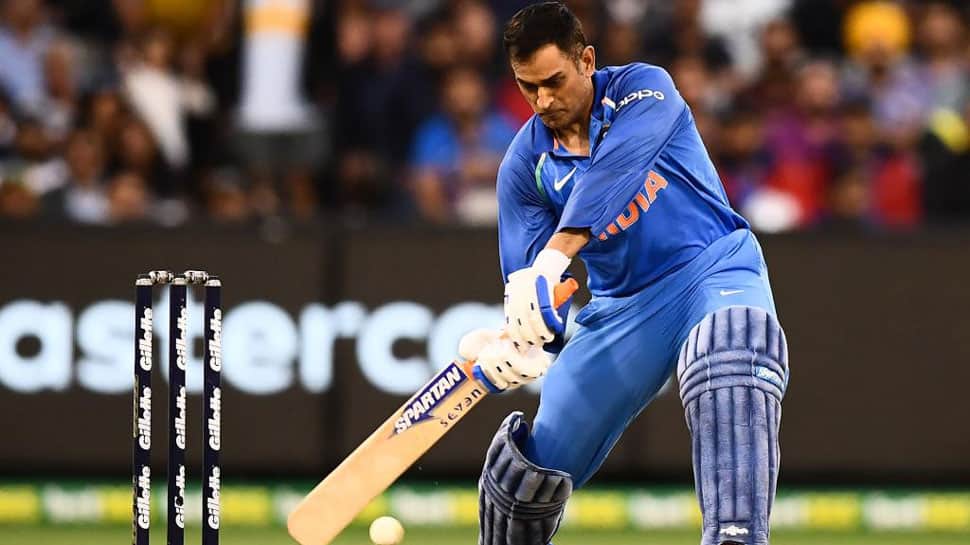 India defeated Australia by six wickets in the first ODI of the five-match series at the Rajiv Gandhi International Stadium, Hyderabad.

The hosts had restricted Australia to a modest 236 for seven after the visitors opted to bat. The hosts then returned to overhaul the target with 10 balls to spare, scoring 240-4 in 48.2 overs.

# Pat Cummins set to bowl his final over!

# Seven runs from the over, India need 21 runs from 24 deliveries!

# Marcus Stoinis set to bowl his 9th over!

# Pat Cummins continues with the ball!

# Three runs off the over, India need 61 runs off 60 deliveries!

# Adam Zampa set to bowl his 9th over!

# Pat Cummins into the attack!

# Nathan Coulter Nile set to bowl the 38th over!

# Coulter Nile into the attack!

# Behendroff continues with the ball!

# Jason Behendroff into the attack!

# Marcus Stoinis into the attack!

# Zampa back into the attack!

# Zampa continues with the ball!

# Pat Cummins into the attack !

# Kedar Jadhav is the new batsman in !

# Wicket! Rayadu departs for 13 as Zampa forces the batsman to hand an outside edge to wicketkeeper Alex Carey. India 99/4 (23.3 overs)

# MS Dhoni makes his way down to the crease!

# Wicket! Rohit Sharma departs for 37 off the second last delivery of the 21st over bowled by Nathan Coulter Nile, following a leading edge off a cross seam delivery which Aaron Finch makes no mistakes with. India 95/3 (20.5 overs)

# Ambati Rayadu is the new batsman in!

# Zampa set to continue with the ball!

# Pat Cummins continues with the ball!

# Behendroff continues with the ball!

# Pat Cummins introduced into the attack!

# Just a boundary off the next over, comprising of five singles. India 26/1 (7 overs)

# Coulter Nile set to bowl his third over!

# Jason Behendroff set to bowl his second over!

# Kohli yet to get off the mark with just a single off the third over bowled by Jason Behendroff. India 5/1 (3 overs)

# Indian skipper Virat Kohli makes his way down to the crease!

# Wicket! Dhawan departs for a duck as the batsman hands a leading edge to Maxwell off the first delivery of Coulter Nile's over! India 4/1 (1.1 overs)

# Coulter Nile will bowl the second over!

# Jason Behendroff set to bowl the first over!

# Indian openers Rohit Sharma and Shikhar Dhawan are set to kick off the chase for 237!

# Bumrah set to bowl his final over and the final over of the innings!

# Shami set to bowl his final over!

# Bumrah to bowl his 9th over!

# Kuldeep Yadav set to bowl his final over!

# Jadhav into the attack!

#Jasprit Bumrah into the attack!

#Nathan Coulter Nile is the new batsman in!

# Wicket! Shami strikes yet again, dismissing the dangerman Maxwell with a fast delivery which seams in hitting the stumps. Australia 173/6 (39.5 overs)

# Alex Carey is the new batsman in!

# Wicket! Shami strikes with a fast, seaming delivery which Turner fails to negotiate effectively, with the delivery going on to hit the stumps! Australia 169/5 (37.5 overs)

# Jadeja set to bowl his 9th over!

# Six runs off the over following a big hit by Turner off the second delivery of the over bowled by Shami! Australia 161/4 (36 overs)

# Ashton Turner the debutant makes his way down to the crease!

# Wicket! Handscomb is deceived off a turning delivery by Kuldeep Yadav which curves in sharply leaving him short of room. Dhoni makes no mistakes with the stumping Australia 133/4 (29.6 overs)

# Australia 113/3 (27 overs) as Rohit Sharma misses out on an opportunity to dismiss Glenn Maxwell in slips off the last delivery of the over.

# Wicket! Khawaja departs for 50 as Shankar completes a fine catch off a turning delivery by Yadav which deceives the batsman completely! Australia 97/3 (23.5 overs)

# Kuldeep Yadav is back into the attack!

# 6th half century for Usman Khawaja off 74 balls!

# Peter Handscomb is the new man in!

# Wicket! Stoinis depart for 37 after attempting to smash a delivery by Kedar Jadhav without much success. Australia 87/2 (20.1 overs)

# Kedar Jadhav set to bowl his second over!

# 4 runs off the over as Kuldeep delivers an economical second over. Australia 49/1 (12 overs)

# 10 runs off the over as Khawaja smashes the first six of the Australian innings. Australia 38/1 (10 overs)

# Five runs off Shankar's opening over following a boundary by Marcus Stoinis off the fourth delivery. Australia 28/1 (9 overs)

# Shami bowls another tight over with a single off the over. Australia 15/1 (7 overs)

# Single off the last ball of the delivery makes it a run off Bumrah's third over. Australia 14/1 (6 overs)

# Five runs off the over as Khawaja gets off the mark with a boundary. Australia 13/1 (4 overs)

# Bumrah will continue with the ball!

# Mohammed Shami set to bowl his second over!

# 3 runs off the over as Stoinis gets off the mark with a near run out in the process! Australia 3/1 (2 overs)

# Wicket! Aaron Finch has been dismissed for a duck following a swinging delivery which moves away and bounces viciously, resulting in an edge to wicketkeeper MSD! Australia 0/1 (1.3 overs)

# Jasprit Bumrah will bowl the second over!

# Mohammed Shami set to start off with the ball for India!

# Australian openers Usman Khawaja and Aaron Finch have walked down to the field!

# The two sides have walked down to the field for the national anthem ceremony!

The #MenInBlue are all ready to take on Australia in the 1st ODI. Live action coming up shortly.#INDvAUS pic.twitter.com/1BJYUXxnx4

# The Men in Blue will put on their revamped jerseys for the first time during today's clash!

The new kits have arrived! As the Men in Blue put on the revamped jerseys for the first time, we take you behind the scenes to know what’s changed - by @28anand

# Finch is set to represent Australia in his 100th ODI!

# Australian captain Aaron Finch has won the toss and opted to bat!

Australia win the toss and elect to bat first in the 1st ODI#INDvAUS pic.twitter.com/ckaIX91MAO

# All-rounder Ashton Turner is set to make his ODI debut for Australia!

# KL Rahul averages 56 as an opener in ODIs!

# Nathan Coulter-Nile has dismissed Virat Kohli in three matches out of a total five ODIs!

# The pitch report and toss is set to take place shortly!

The Indian cricket team will look to shrug off their two-match T20I series defeat against Australia and bounce back strongly when they take on the Aaron Finch-led side in the five-match ODI series, beginning Saturday at the Rajiv Gandhi International Stadium in Hyderabad.

The ODI series against Australia will be the Men in Blue's final leg of preparation ahead of the 2019 International Cricket Council (ICC) World Cup as the Virat Kohli-led side is still looking to figure out the final pieces of a jigsaw puzzle ahead of the mega event.

While opener KL Rahul has somewhat given a message to the national selectors by bringing in decent knocks of 50 and 47 runs in the two T20Is , Rishabh Pant and Vijay Shankar will look to make amendments and put up good performances in order to stake their claims in World Cup squad.

Australia are also scheduled to play five-match ODI series against Pakistan in the United Arab Emirates (UAE) ahead of the World Cup, the team's coach Justin Langer believes that the series against world number two India will unlock answers to many questions.

As far as squad is concerned, skipper Aaron Finch's recent poor form at the top of the batting line-up is a serious concern for Australia, who are eagerly waiting for the return of former skipper Steve Smith and former vice-captain David Warner whose one-year suspensions for their role in ball-tampering scandal are all set to expire on March 28.

However, Langer backed captain Aaron Finch to retain his spot at the top of the order despite failing to reach the 50-over mark in his last 19 appearances in limited-overs innings.

"My experience of every captain, the most important thing is they're playing really good cricket," cricket.com.au quoted Langer as saying.