India vs New Zealand 1st T20 Live Streaming: When and Where to watch IND vs NZ Live in India

The think tank comprising skipper Rohit Sharma and head coach Rahul Dravid will also assess a player's utility keeping the Australian conditions in the mind as the country hosts the World Cup in less than 12 months time. 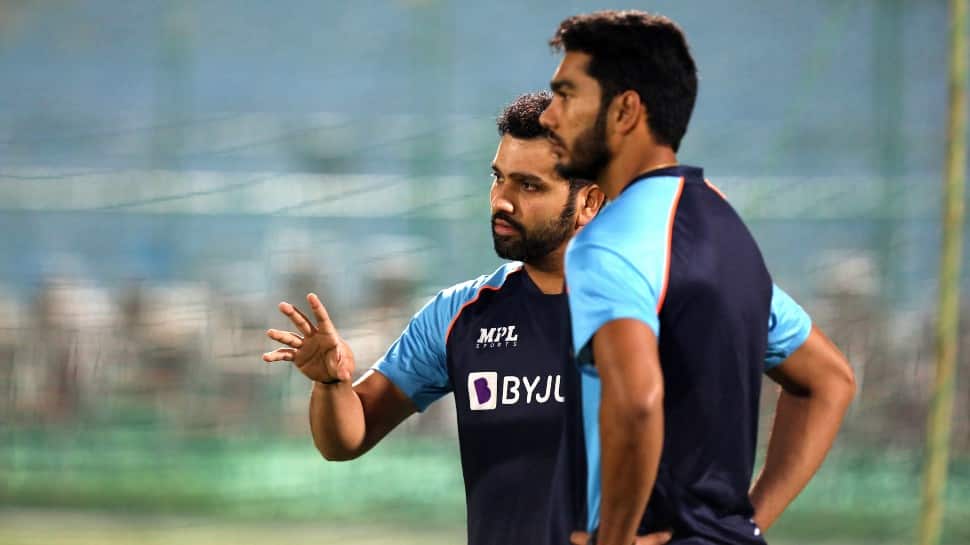 After a rude reality check in the T20 World Cup, India will aim to press the reset button for the 2022 edition under new captain Rohit Sharma and an illustrious head coach in Rahul Dravid, starting with the three-match series against New Zealand beginning in Jaipur on Wednesday (November 17). The duo in the next 11 months will underline the Men-in-Blue’s template and philosophy in the shortest format after it became clear that some rejigging will be needed as a part of course correction.

The disappointment in the UAE edition has forced India to look beyond Hardik Pandya, who for long has not been able to bring his all-round skills to the table. Star IPL 2021 performer Venkatesh Iyer has been brought in as Hardik's replacement and the three games is likely to give an indication if he can be groomed for the much needed fast bowling all-rounder's slot.

"It's important to focus on everyone and not just on one individual."#TeamIndia T20I captain @ImRo45 on whether the focus would only be on certain players during the #INDvNZ series. pic.twitter.com/7YUFQz5TAu

India can also do with more power hitters in the batting department and Venkatesh, who played for KKR this IPL, has shown his ability to hit long and big. The other IPL 2021 performers who have been picked in the squad are Ruturaj Gaikwad, Harshal Patel, Avesh Khan and Yuzvendra Chahal, who makes a comeback after controversially being left out of the World Cup squad.

With Jasprit Bumah rested for the series, India will be looking to find another pacer, who can consistently clock 140kmph and above. As it was seen in the UAE, the extra pace always comes in handy, bringing Avesh and Mohammad Siraj into the picture.

The think tank comprising skipper Rohit Sharma and head coach Rahul Dravid will also assess a player's utility keeping the Australian conditions in the mind as the country hosts the World Cup in less than 12 months time.

Their opponents New Zealand, who effectively knocked India out of the World Cup, have reached Jaipur on a chartered flight from Dubai with little time to reflect on their loss to Australia in the title clash. Head coach Gary Stead has already spoken about how the challenges his team faces, having to regroup so quickly after a draining event like the World Cup.

Skipper Kane Williamson has been given rest for the T20s so that he is fresh for the following Test series. Seasoned pacer Tim Southee will lead the team in his absence.

When and what time will the first T20 match between India vs New Zealand start?

The first T20 match between India vs New Zealand begins on November 17 at 7PM IST.

Where will the first T20 match between India vs New Zealand take place?

The first T20 match between India vs New Zealand will be held at the Sawai Mansingh Stadium in Jaipur.

Which channel will telecast the first T20 match between India vs New Zealand in India?

How to watch the live streaming of the first T20 match between India vs New Zealand in India?

The first T20 match between India vs New Zealand will stream live on the Disney+Hotsar app and website.