India skipper Kohli on Saturday said that all-rounder Hardik will be able to bowl two overs for the side at some stage, but his ability with the bat is priceless and there is no substitute for that. However, the all-rounder skipped optional training ahead of India vs Pakistan clash thus raising doubts about his availability for the match. 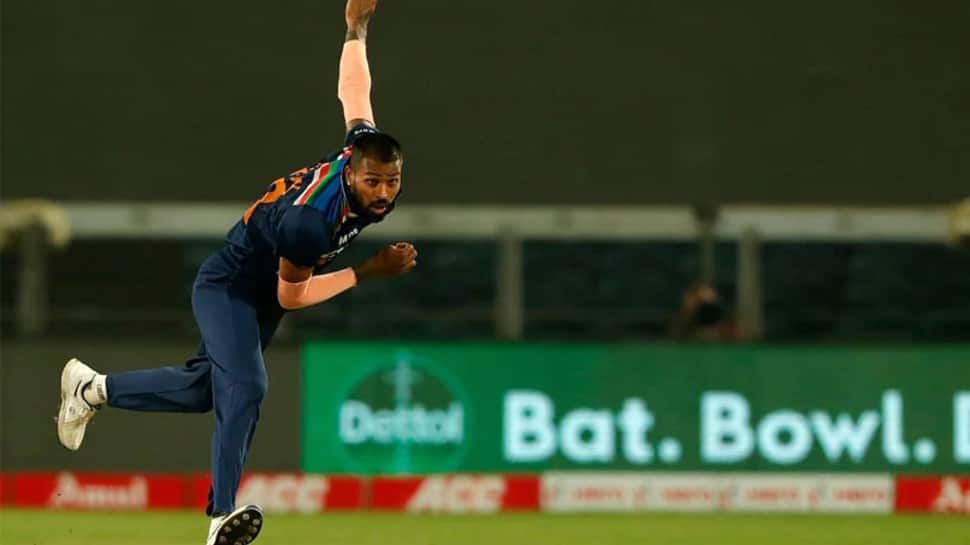 Team India all-rounder Hardik Pandya skipped an optional training session called on the eve of the high-voltage clash against Pakistan in the T20 World Cup 2021. Another interesting aspect was the lengthy chats between mentor MS Dhoni and pace spearhead Jasprit Bumrah.

The likes of Virat Kohli, KL Rahul, Rohit Sharma, and Suryakumar Yadav spent quality time fine-tuning their batting skills as did the likes of Rishabh Pant and Ravindra Jadeja. Interestingly, Shreyas Iyer was also seen spending quality time at the nets even as Ishan Kishan was also absent.

In the bowling department, it was a regular affair with all of them bowling in short bursts to stay fresh for Sunday's crucial opening encounter in the showpiece event. Bumrah was in fact the last one to bowl at the nets having engaged in discussing strategies with Dhoni.

Earlier, skipper Kohli on Saturday said that all-rounder Hardik will be able to bowl two overs for the side at some stage, but his ability with the bat is priceless and there is no substitute for that.

We are confident in terms of execution of our plans.

Captain @imVkohli on #TeamIndia's approach ahead of the #T20WorldCup opener against Pakistan. #INDvPAK pic.twitter.com/BiMug1gfUh

"Well, I honestly feel that Hardik Pandya presently with his physical condition is getting better in terms of being prepared to bowl at least two overs for us at a certain stage in this tournament and we strongly believe we can make the most of the opportunity we have at our hand till the time he starts bowling. We have considered a couple of other options to chip in with overs so we are not bothered about that all," said Kohli during a virtual pre-match press conference.

"What he brings at number six for us is something that you cannot create overnight. Hence, I was always in favour of backing him as a batter in Australia purely and we saw what he did in the T20I series and how he can take the game away from the opposition. We understand the value he brings to the team as a number six batter and it is important to have such players who can play impact innings. For us, that is way more valuable than forcing him to do something that he cannot at the moment, he is motivated and he is keen to start giving us a couple of overs to us," he added.