India’s first ODI win was their 92nd against Sri Lanka, as they have dominated while playing against Dasun Shanaka's Sri Lanka. 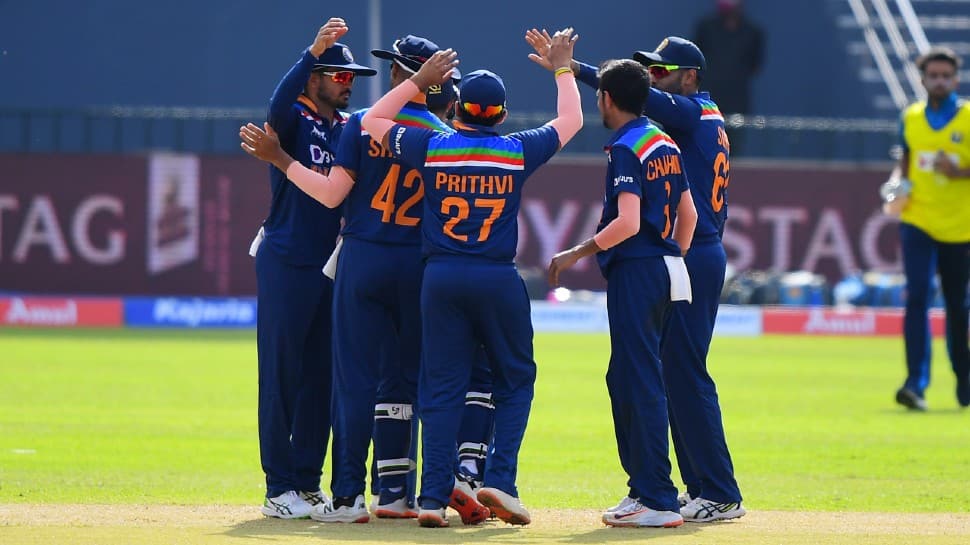 The Indian limited-overs team had a great start to the three-match ODI series against Sri Lanka as they thrashed the hosts by seven wickets in the opening game on Sunday (July 18). There were a lot of positives for the Indian team as Kuldeep Yadav and Yuzvendra Chahal got back into form and scalped two wickets each. All-rounder Hardik Pandya also rolled his arm over though he went wicketless.

While batting, Prithvi Shaw gave a blistering start to the team as he raced to 43 runs off just 24 balls before he was dismissed by Dhananjaya de Silva. Ishan Kishan made a fine start to his ODI career as he smashed a six on the first ball he faced by prancing down the track. Kishan also scored the second-fastest fifty on his ODI debut off just 33 balls.

Shikhar Dhawan played a captain’s knock as he held one end up and played second fiddle to Shaw and Kishan. Dhawan scored an unbeaten knock of 86 runs to take his team over the line and also became the fourth-fastest batsman to score 6,000 ODI runs after Hashim Amla, Virat Kohli, and Kane Williamson.

India’s first ODI win was their 92nd against Sri Lanka, as they have dominated while playing against their Southern neighbours. As a result, India has tied with Pakistan and Australia, for most wins against one particular opposition. Pakistan has registered the same number of wins against Sri Lanka whereas Australia has won 92 matches against New Zealand.

If India goes on to win the second ODI against Sri Lanka on Tuesday at the R. Premadasa International Cricket Stadium in Colombo, then they will go past Pakistan and Australia’s tally of most wins against one opponent. Sri Lanka once again won the toss and decided to bat first against the visiting Indians.