Wriddhiman Saha is going to start for us in series against South Africa, says Virat Kohli

Wriddhiman Saha did not play in the series against West Indies as Rishabh Pant was played in both Test matches in the Caribbean. 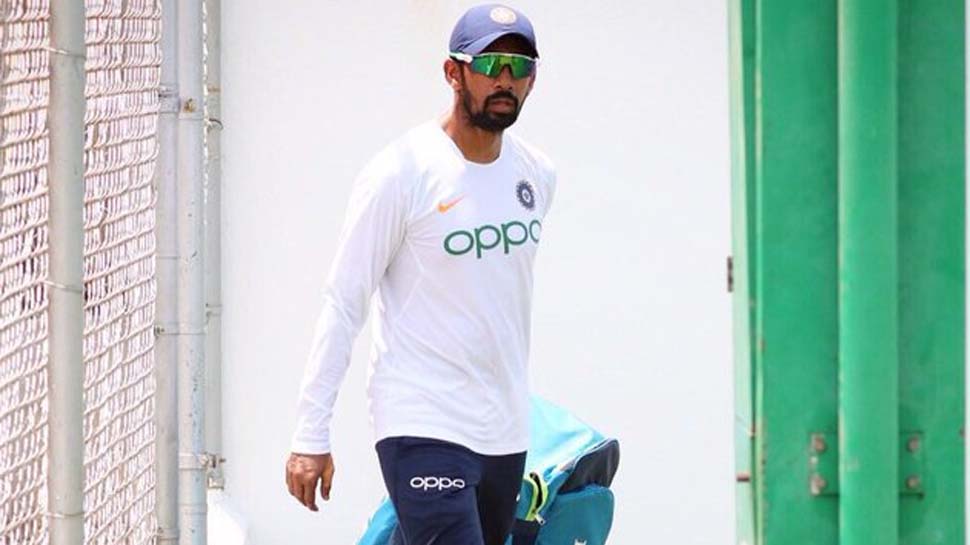 Visakhapatnam: As India and South Africa get ready to lock horns in the three-match Test series in the World Test Championship (WTC), skipper Virat Kohli on Tuesday said that Wriddhiman Saha will be donning the hat of wicket-keeper instead of Rishabh Pant.

Pant was criticised in the recently concluded T20I series after getting dismissed in similar fashion in both second and third T20Is against Proteas.

Saha did not play in the series against West Indies as Pant was played in both Test matches in the Caribbean.

"Saha is fit and fine to go. He is going to start for us in the series. His keeping credentials are there for everyone to see. He has played for us whenever he has gotten the chance. According to me, he is the best keeper in the world. In these conditions, what he has done for us in the past, he will definitely start for us," Kohli told reporters here at Vizag.

"We thought Rishabh did well in whatever opportunities that were provided to him. It was fair to give Rishabh the due opportunities, we felt Saha was coming back from injury so we eased him in. It is important to understand when to bring in a player and when to give him time," he added.

Rohit Sharma who is all set to open the batting for India for the very first time in Test cricket got the backing of his skipper Kohli.

Thirty-year-old Kohli said that Sharma will be given time and space to excel as an opener."Rohit is going to start for us as an opener. It has been discussed for a long time now. We felt we had to find a spot down the order, clarity of thought is very crucial for a player, now we have a situation where the opportunity is there so we thought it is the ideal time to get Rohit in as an opener. It is very exciting for him and the team, if he can do what he has done in the limited-overs format, it will be good for the team," Kohli said.

"We are not looking to rush him. It is about letting him find his game. The opening is a slot where you have to give the player his space, we are in no rush when it comes to Rohit opening the batting. He will be given time and space to come into his own. The good thing about opening is that you know that you are going to face the new ball. He is up for the challenge," he added.

Ravichandran Ashwin who did not play in the series against West Indies will be starting in the playing XI against South Africa. Kohli confirmed that both Ashwin and Ravindra Jadeja will be starting in the playing XI."Yes, Ashwin will start. Ashwin and Jadeja both will start here. We felt Jaddu was in a different zone when it comes to overseas Tests so that is why he started in Windies. Whenever the condition requires us to go in with two spinners, Ashwin will always be considered," Kohli said.

India won the series against West Indies 2-0 and along the way, Kohli became the most successful Test captain.

Kohli had 27 wins to his credit before the second Test against Windies at Jamaica, but with the win, the skipper took his tally to 28 wins in the longest format of the game.

He now has 28 wins from 48 matches as Test skipper.

Kohli said that the credit has to go the entire side for laying down a vision. He also emphasized on the importance of WTC."The credit has to go to the team because we laid down a vision in 2015 that we are going to be flexible. We wanted results, wanted to be the top team in the world. I think that guys have bought into it, there has been trust in the dressing room. The work has been done, but we have a Test Championship now so we cannot let down our guard," Kohli said.

India vs South Africa: Rohit Sharma will be given time as Test opener, says Virat Kohli