India won the series 2-1, and it was their eighth successive ODI series win. Dhawan, in the process, became the second fastest to score 4000 ODI runs for India. 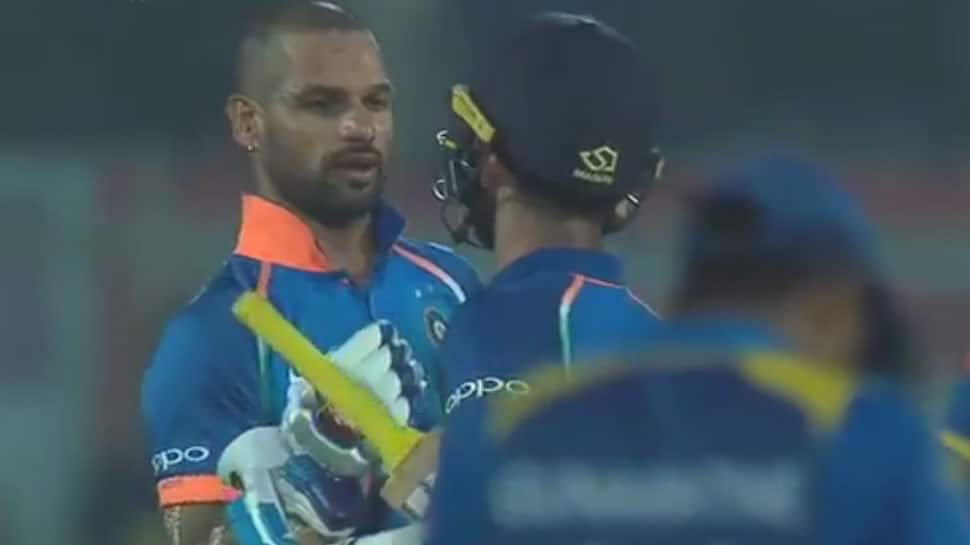 Chasing a target of 216 runs, India lost stand-in captain Rohit Sharma in the fourth over, but a 135-run stand for the second wicket by Dhawan and Shreyas Iyer steadied the innings. It was followed by another productive stand, of 70 runs between the left-handed opener and Dinesh Karthik.

India won the series 2-1, and it was their eighth successive ODI series win. Dhawan, in the process, became the second fastest to score 4000 ODI runs for India.

There were some interesting moments towards the end of the match with Karthik almost denying Dhawan a deserved hundred. With Dhawan into the nineties, Karthik – ever hungry for runs, and putting the team's cause above everything else – continued to play his attacking game.

But Dhawan got to his hundred in the 32nd over with a four off the fifth ball, and Karthik hit the winnings runs, again a boundary in the next over.

And fans took to social media sites to share their take on the situation. Here are some reactions:

Fine hundred, Dhawan. Sri Lanka and Dinesh Karthik tried their best to deny him the 100, but he succeed in scoring one

Dinesh karthik once hit a winning four to leave Sachin 10dulkar stranded on 90s.He is looking to do the same with Dhawan today #INDvsSL #SLvsIND #Dhawan

Dhawan must be a relieved man. Scoring a century with very little left to chase is never an easy task. It becomes 10x more difficult if you are batting against the Lankans. Another 10x if you have Dinesh Karthik as your batting partner at the other end. @virendersehwag @sachin_rt

Interestingly, Karthik once denied Sachin Tendulkar a hundred in the third ODI match of the 2009 series against the same opponent.

India won that match, but Tendulkar was left stranded four runs short of what could have been the maestro's 46th ODI century.