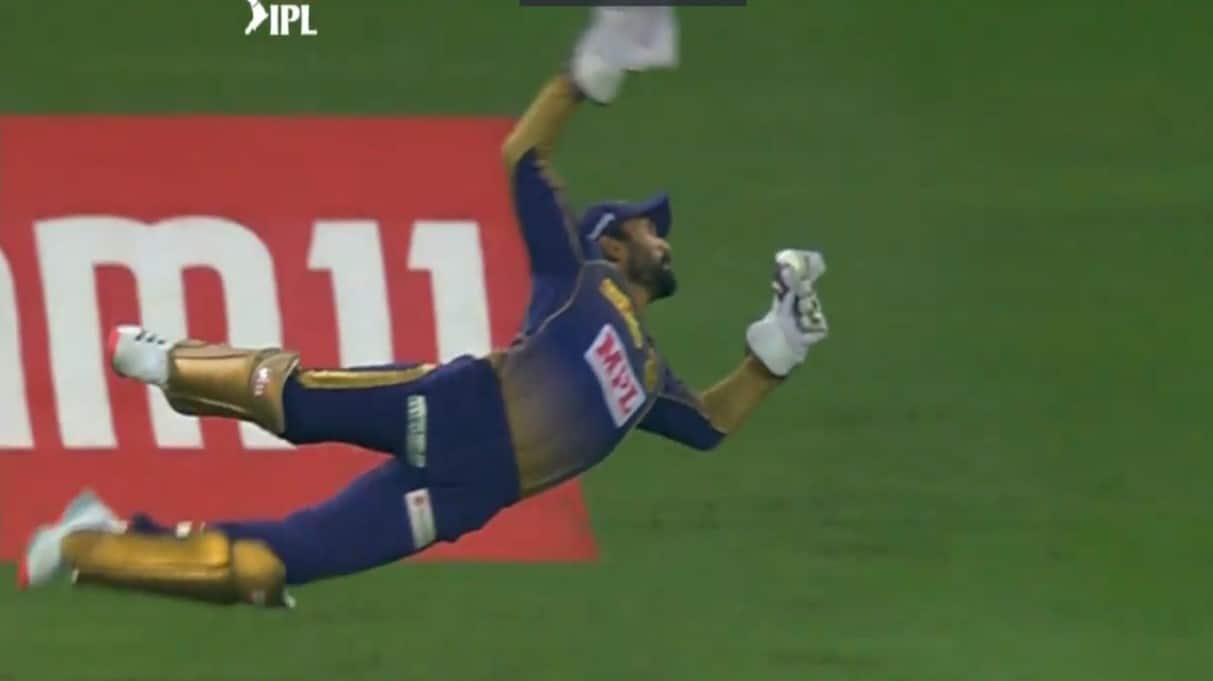 In Kolkata Knight Riders’ clinical 60-run win over Rajasthan Royals on Sunday (November 1), there was a moment of brilliance where Dinesh Karthik took an astonishing acrobatic catch to dismiss the well-set Ben Stokes.

What a Catch from Dinesh Karthik , Flying like a bird , Simply Outstanding , Cummins On fire  | #IPL2020 | #KKRvRR | #KKRHaiTaiyaar pic.twitter.com/XkLoJhjs7z

The catch came at a crucial juncture in the match with the in-form Stokes threatening to take the game away. Chasing KKR’s total of 191, the Englishman launched the fireworks, taking Rajasthan to 27/1 in just two overs.

But on the very first ball of the third over from Pat Cummins, Stokes tried to square-cut a wide of off delivery but the ball took a thick outside edge and would have raced away to the fence but Karthik somehow managed to latch-on leading to the huge wicket of Stokes for 18 (off 11 balls). Karthik dived full length to his left and just about managed to take hold of the ball with his fingers.

Cricket fans left no stone unturned in lauding Karthik for his theatrical dive:

The big wicket led to a dramatic collapse and Rajasthan lost three more wickets in exchange of just 10 runs. With the score reading 37/5 in 4 overs, the Royals never really recovered and could only manage 131/9 from their 20 overs.

KKR thus stayed alive in the competition but their playoff qualification still remains in the hands of other teams with net run-rate being the determining factor.