RCB are currently standing at the third spot in the IPL 2020 standings with seven wins from 10 matches. 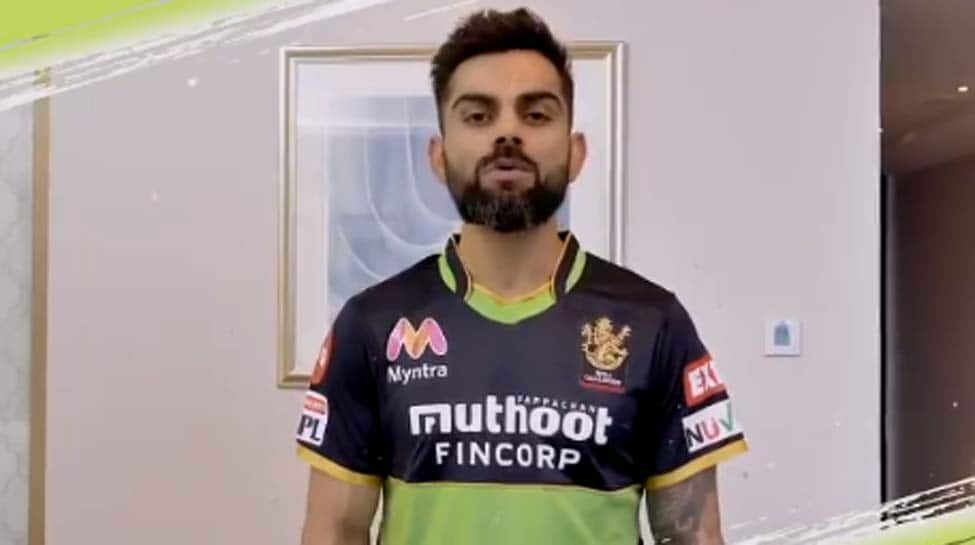 The Virat Kohli-led Royal Challengers Bangalore (RCB) are all set to don green jersey as a part of their Go Green initiative during their upcoming clash against Mahendra Singh Dhoni's Chennai Super Kings (CSK) at the Dubai International Stadium on Sunday.

RCB took to their official Twitter handle to confirm that their players will be wearing green jerseys against their regular red and golden ones in the forthcoming tie in order to spread awareness about keeping the planet clean and healthy.

Along with the tweet, the RCB also posted a video in which the team's players could be seen urging everyone to support the initiative by taking care of plants and trees around us.

"Turn off the lights and taps when not in use. We must ensure waste management and reduce the use of plastic. We should pick up plastic bottles wherever we go. All of these small little things if a person plays along can really go a long way to help our environment," De Villiers said in the video.

Unlike previous seasons, Kohli's side is showing more intent and consistency this time around. A balanced performance from both batting and bowling line-up saw RCB occupy third spot in the IPL 2020 standings with seven wins from 10 matches.

RCB will head into the clash against the CSK on the back of their eight-wicket win over the Dinesh Karthik-led Kolkata Knight Riders (KKR) at the Sheikh Zayed Stadium in Abu Dhabi on October 21.