Gibson, however, expressed hope that Steyn would get fit to play against Bangladesh in their second match on Sunday. 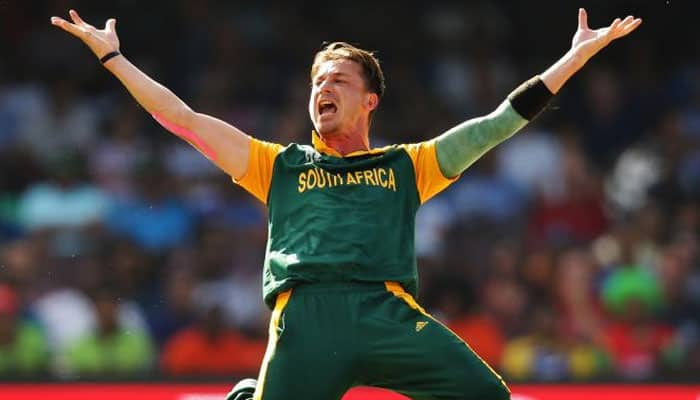 South African head coach Ottis Gibson on Tuesday confirmed that pace spearhead Dale Steyn will miss South Africa's World Cup's opener against England on Thursday due to a shoulder injury. Steyn, 35, picked up the injury while playing for Royal Challengers Bangalore in the Indian Premier League. Gibson, however, expressed hope that Steyn would get fit to play against Bangladesh in their second match on Sunday.

“Dale is not quite ready yet. He is not far away but he is not ready yet, we think with a six-week tournament there is no real need to force the issue so he won’t be available. We know he is close and is getting closer every day. We will give him as much time as he needs to get ready. I am trying to give a date but we are hoping if not Sunday, then certainly by India [next Wednesday]," Gibson was quoted as saying in a ICC press release.

“We looked at the pitch today and it had a tinge of green on it and I suspect over the next two days it will change, so at the moment we have a few options. We have a few all-rounders in [Chris] Morris, [Andile] Phehlukwayo and [Dwaine] Pretorius so one of them could come into the equation,” he added.

England are seen by many as the favourites to win 2019 World Cup but South Africa are one of several sides who have always performed well in the showpiece event. The Proteas started their World Cup preparation on a high by winning their first warm-up match against Sri Lanka by 87 runs. In the second warm-up game, South Africa had made a strong start against the West Indies when the game was called off due to rain.

Opening batsman Hashim Amla is once again in form, while Quinton de Kock and captain Faf du Plessis also batted well in the warm-up games. But on Thursday Gibson is most wary about England fast bowler Jofra Archer. “He is fresh and he is obviously talented. He has a lot of pace and he is from Barbados, so I am glad they picked him! He is a very good kid. I have known since he was a youngster growing up, so I am pleased. He has a lot of talent, he brings pace and bowls quickly," Gibson was quoted as saying in an ICC press release.