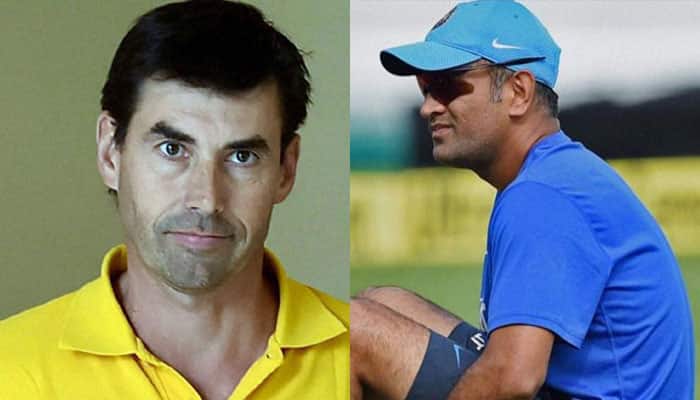 Mumbai: Relishing the opportunity to take on defending champions Mumbai in their opener after returning to the Indian Premier League after a two-year gap, Chennai (CSK) head coach Stephen Fleming on Friday said there are nerves in the camp but "no more than normal".

"I think we are well prepared. It`s just a lot of nerves around, but no more than normal. Players want to get into it and we`ve had the best part of 12 days leading into the competition. The general feeling is we`re just ready to go," Fleming said on the eve of their match against Mumbai at the Wankhede Stadium.

"It`s a great rivalry and this is what the competition needs. We couldn`t have asked for a better game to start with. A game of this intensity at this ground is always a thrill. So the players are excited about it," he added.

Asked if he feels Chennai spent a lot for players who are over the hill, Fleming said, "I`m not sure when a young player came out and was the top run-scorer. You get some exceptions, like Rashid Khan (Afghanistan) and Washington Sundar. But there`s only a handful, whereas experienced players play major parts in the whole tournament, so that's why I value experience.

"There`s also about the quality of player, like (Dwayne) Bravo is still competing well, (Shane) Watson`s competing well, Harbhajan (Singh) has great skill sets and Dhoni is a fine leader. So the players we've picked, I don't think they are spent by any means. It is a year-by-year proposition and this year I think they look very good."