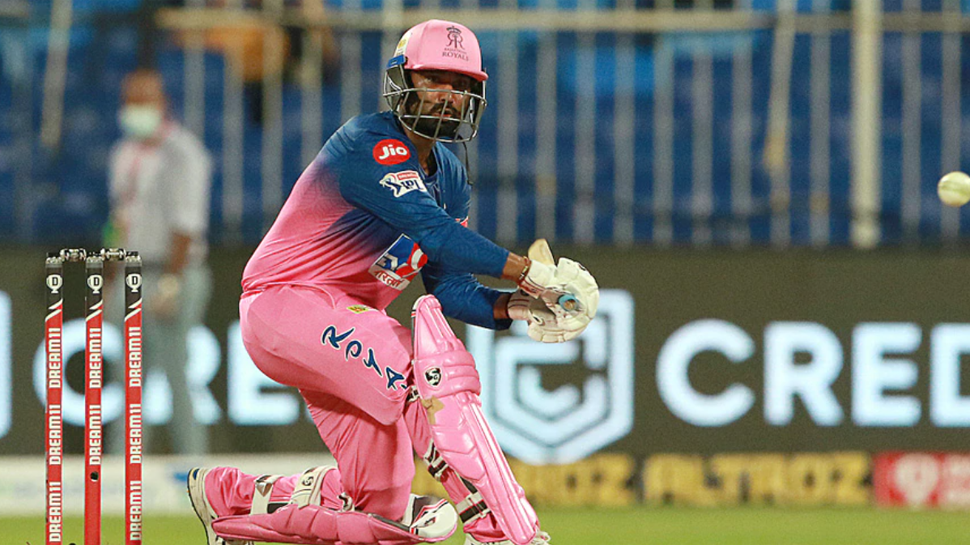 Batting first, Kings XI Punjab batsmen made full use of the short boundaries at SHarjah to post a mammoth total of 224 for Rajasthan Royals.

Punjab skipper KL Rahul and his opening partner Mayank Agarwal batted superbly for their side. Agarwal scored a century, hitting 106 runs off just 50 balls, while Rahul made 69 runs off 54 deliveries.

In response, Rajasthan lost their first wicket cheaply when Jos Buttler was dismissed for four. Tewatia came out to bat after the dismissal of Smith and he scored only 8 runs in his first 18-19 balls. But, Tewatia held his nerves and then hit Sheldon Cottrell for five sixes in the 18th over, setting the momentum in favour of ROyals. In the 19th over, Tewatia hit a huge six off Mohammed Shami too. However, in his attempt to hit eighth six, Tewatia was dismissed.

Tewatia debuted in IPL in 2014 from Rajasthan Royals, but failed make any impact in that season. He was bought by Punjab in 2017 but he failed to do anything substantial for Punajb too.

Things improved for Tewatia in 2018 when he played for Delhi Daredevils. He was given chance to play in 8 games and many people recognised his talent. In 2019, he was again bought back by Rajasthan Royals.